What's really hilarious is the Democrats have presented the Senate with two articles of impeachment neither of which contains or cites any laws broken.  One item alleges abuse of power and the other "obstruction of Congress".  Regarding the obstruction of Congress that should be dismissed without even making it to a Senate vote because the President did the right, and correct, and constitutional thing by taking it to court for the Court to rule whether he had the right to claim executive privilege to keep certain people from being forced to testify.  The House didn't follow procedure but wrote their own and didn't wait for the court, as they should have but instead cried foul and obstruction of Congress because they didn't get their way.  They already had a sham investigation where the President wasn't allowed to counter any of the accusations or present his side and Republicans were denied their right to call the witnesses or people they wanted to call.  It's a sham and a Political attempt at a coup.

Even if both assertions were true there is no specified law that the President broke warranting impeachment.  The Democrats pulled the bribery charge because they were afraid it would ensnare their 2020 boy Biden into it.  I don't know which Conservative commentator, Rush or a FOX news commentator or news reporter who said it but the Democrats are just like Wile E. Coyote with Trump being the Road Runner.  Every time they think they have him trapped and cornered their ACME accusation package blows up in their face 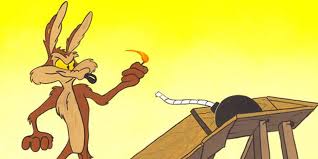 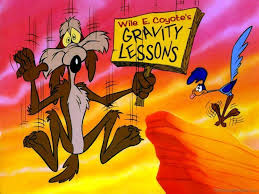 These Democrats are soooo predictable.  Every trap the democrats have laid for Trump he has turned on them and blown it up like when he released the actual transcripts of the phone call that the "Whistle Blower" talked about which totally revealed Adam Schiffs statements, about the call, to be complete 100% lies.  It was as if Schiff didn't know the transcripts were released but he couldn't help himself he had to adlib, or worse, put his own spin on it.