Finally...more in Hollywood are beginning to see the dangers and are speaking up about it!

Dave Chappelle warned against it on his controversial Netflix special. Adam Carolla lashed out against it at Alec Baldwin's Comedy Central roast. Now "Saturday Night Live" legends Joe Piscopo, Rob Schneider and Norm MacDonald are coming to the defense of a comic they say just lost his big break over it.

The "it" these comedians are fighting is what they call "cancel culture," which is defined by Digiday Media as "a cultural, and perhaps financial boycott of any person, phrase, brand, company or concept that’s made a mistake."

Shane Gillis lost his chance “Saturday Night Live” gig on Monday after a YouTube video surfaced of him using a racial slur while discussing a Chinatown neighborhood with another comedian. At one point, Gillis asked: “Why do the f---ing c---ks live there?” before complaining that Chinese restaurants are full of "f---ing Chinese... and the translation between you and the waiter is just such a f---ing hassle." Gillis apologized, attributing the joke to any one of many of "bad misses" he has made while finding his way on stage.

Piscopo told Fox News that he didn’t particularly care for Gillis’ jokes but he shouldn’t been fired, saying ‘SNL’ has aired racy bits for years and an apology should have been enough to salvage the young comedian. He said that many legendary “SNL” skits, such as Eddie Murphy’s “Mister Robinson’s Neighborhood,” would probably get nixed these days because of the politically correct climate.

“You watch old clips and they bleep us out,” Piscopo said.

Seattle-based culture writer Katie Herzog recently wrote that “one problem with cancel culture is that there is no statute of limitations or mechanism for renewal,” while Boston Globe columnist Renee Graham feels she is "old enough to recall when 'cancel culture' was better known as consequences." Either way, the newest season of “SNL” is scheduled to begin Sept. 28 and Gillis won’t be part of it.

“As soon as someone begins to get famous, especially in comedy, the woke crowd always seem to start dredging through everything they've ever said to try to end their success,” political satirist and “No Things Considered” host Tim Young Told Fox News. 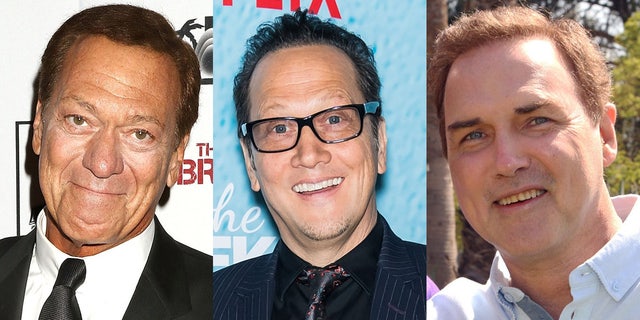 Piscopo added that he respects “SNL” creator Lorne Michaels’ decision to fire Gillis amid the current climate, as he needs to “protect” the show’s brand, but think cancel culture in general is an attack on the First Amendment.

“It’s really out of control,” he said.

Young said that “SNL” essentially proved its liberal politics by “and haven’t hidden the agenda” since starting a 2016 episode with of Kate McKinnon's Hillary Clinton playing “Hallelujah” like a funeral after following Trump’s shock Election Day victory. 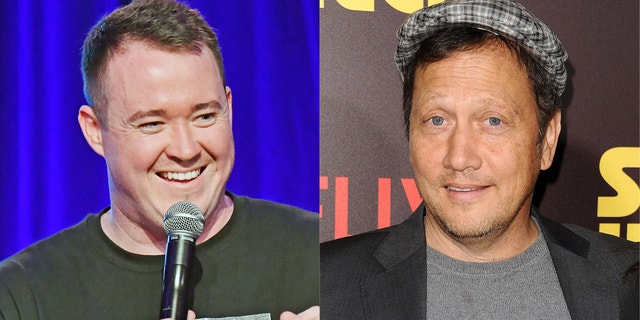 “So if you're not PC enough for them, or have ever said anything they would ever disagree with, don’t ever expect to work there,” he added.

Young is hardly the only comic to have an issue with the way “SNL” has handled the situation surrounding Gillis. "SNL" alum Rob Schneider tweeted Monday, "@ShaneMGillis as a former SNL cast member I am sorry that you had the misfortune of being a cast member during this era of culture unforgiveness where comedic misfires are subject to the intolerable inquisition of those who never risked bombing on stage themselves."

Not long after NBC announced that Gillis – along with comedians Bowen Yang and Cloe Fineman – had been added to the cast, Variety reported that a since-deleted YouTube video, as well as Gillis podcasts, include frequent comments against Asians, Muslims, women, gays and other groups. The backlash on social media was swift and severe – especially from the Asian community, which responded to Gillis’ video comments such as “Chinatown’s f---ing nuts,” and “Let the f---ing ch---s live there.”

Comedians Jim Jefferies and Bill Burr appeared on “Lights Out with David Spade” and both questioned the decision to fire Gillis.

“This is just cancel culture, the guy shouldn’t have been fired,” Jefferies said. “Are we going to get rid of every sketch that ‘SNL’ has done that involves race? I remember John Belushi dressing as an Asian man with a samurai sword. That was the whole sketch.”

Burr declared that comedians “aren’t running for office” and said millennials simply “want to get people in trouble.”  Dave Chappelle and Burr have both recently mocked the concept of ruining comics over controversial rhetoric in a pair of popular Netflix specials.

“I don’t think comedy is dead, but as Chappelle said in his special, people will try to ruin others lives for any mistake they've ever made,” Young said. “This isn’t about who you voted for, it’s about saving a profession.”

Another “SNL” alum, McDonald, also defended Gillis and even declared “war” after reaching out to his fellow comic.

“Hey, Shane, I'm so sorry. I can't even imagine how you must feel. The work it takes to get that show and to have it snatched away by some guy who does ‘Spoken Bird’ poetry. Unacceptable. Please DM me, pal, when you have a moment. I'm so sorry,” McDonald wrote to Gillis on Twitter.

Young noted that MacDonald, along with Carolla, Chappelle and Burr, are taking a stand against cancel culture.

“A comedian is a million times more likely to say something a woke person will be offended by simply trying to be funny,” Young said. “If you allow the mob to pick off random careers over past statements or jokes that they don’t like… they'll kill the entire comedy industry, which has been the cornerstone of free speech in America since it began.”

Chappelle has been vilified by the cancel culture crowd but praised by comics and First Amendment advocates for his “Sticks & Stones” special that mocks everything from the LGBTQ community to Michael Jackson’s alleged sexual harassment victims.

“If you do anything wrong in your life… and I find out about it, I’m gonna try to take everything away from you, and I don’t care when I find out. Could be today, tomorrow, 15, 20 years from now. If I find out, you’re f--king finished,” Chappelle said in the Netflix special while imitating an audience member.

Carolla, who is also fighting back, said during the recent Comedy Central roast that Baldwin has a great sense of humor “unlike the social justice warriors that are going to be out there tweeting that all the jokes are problematic.”

“If you feel triggered, or if you feel offended by anything I’m saying up here… they’re providing a safe space backstage where you’ll get some stress balls and a blankie,” Maniscalco said. “Personally, I would remove you from the arena, put you in your car and send you home, but they opted for the safe space.”

Meanwhile, Gillis responded to the backlash on Thursday, hours after the comments that derailed his "SNL" gig first resurfaced.

“I'm a comedian who pushes boundaries. I sometimes miss. If you go through my 10 years of comedy, most of it bad, you're going to find a lot of bad misses," he tweeted. "I'm happy to apologize to anyone who's actually offended by anything I've said. My intention is never to hurt anyone but I am trying to be the best comedian I can be and sometimes that requires risks."

Gillis tweeted again Monday after he was fired, "Of course I wanted an opportunity to prove myself at SNL, but I understand It would too much of a distraction. I respect the decision they made. I'm honestly grateful for the opportunity. I was always a mad tv guy anyway."

Piscopo predicted that Gillis will land on his feet despite being the latest victim of cancel culture.

“He’ll get picked up by someone else and be bigger than ever,” Piscopo said.

On the bright side for the industry under fire, Piscopo thinks the end is near for cancel culture if his former “SNL” castmate and longtime friend Murphy’s long-rumored return to standup comedy comes to fruition.

“If you think Chappelle went in, wait until you hear Eddie Murphy,” he said.