Popular Mechanics examines the evidence and consults the experts to refute the most persistent conspiracy theories of September 11.

Claim: Seven hours after the two towers fell, the 47-story WTC 7 collapsed. According to 911review.org: "The video clearly shows that it was not a collapse subsequent to a fire, but rather a controlled demolition: amongst the Internet investigators, the jury is in on this one." 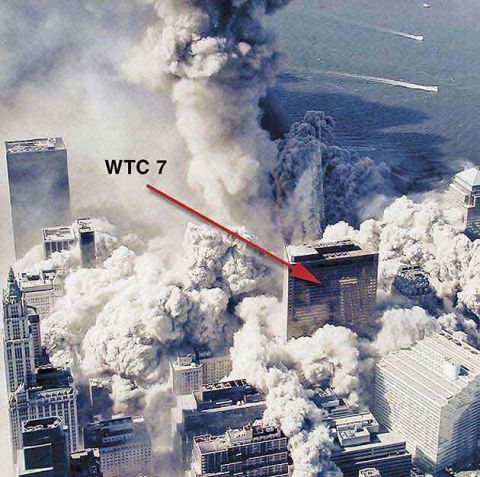 Fire Storm: WTC 7 stands amid the rubble of the recently collapsed Twin Towers. Damaged by falling debris, the building then endures a fire that rages for hours. Experts say this combination, not a demolition-style implosion, led to the roofline "kink" that signals WTC 7's progressive collapse. (Photograph by New York Office of Emergency Management)

FACT: Many conspiracy theorists point to FEMA's preliminary report, which said there was relatively light damage to WTC 7 prior to its collapse. With the benefit of more time and resources, NIST researchers now support the working hypothesis that WTC 7 was far more compromised by falling debris than the FEMA report indicated. "The most important thing we found was that there was, in fact, physical damage to the south face of building 7," NIST's Sunder tells PM. "On about a third of the face to the center and to the bottom—approximately 10 stories—about 25 percent of the depth of the building was scooped out." NIST also discovered previously undocumented damage to WTC 7's upper stories and its southwest corner.

NIST investigators believe a combination of intense fire and severe structural damage contributed to the collapse, though assigning the exact proportion requires more research. But NIST's analysis suggests the fall of WTC 7 was an example of "progressive collapse," a process in which the failure of parts of a structure ultimately creates strains that cause the entire building to come down. Videos of the fall of WTC 7 show cracks, or "kinks," in the building's facade just before the two penthouses disappeared into the structure, one after the other. The entire building fell in on itself, with the slumping east side of the structure pulling down the west side in a diagonal collapse.

According to NIST, there was one primary reason for the building's failure: In an unusual design, the columns near the visible kinks were carrying exceptionally large loads, roughly 2000 sq. ft. of floor area for each floor. "What our preliminary analysis has shown is that if you take out just one column on one of the lower floors," Sunder notes, "it could cause a vertical progression of collapse so that the entire section comes down."

There are two other possible contributing factors still under investigation: First, trusses on the fifth and seventh floors were designed to transfer loads from one set of columns to another. With columns on the south face apparently damaged, high stresses would likely have been communicated to columns on the building's other faces, thereby exceeding their load-bearing capacities.

Second, a fifth-floor fire burned for up to 7 hours. "There was no firefighting in WTC 7," Sunder says. Investigators believe the fire was fed by tanks of diesel fuel that many tenants used to run emergency generators. Most tanks throughout the building were fairly small, but a generator on the fifth floor was connected to a large tank in the basement via a pressurized line. Says Sunder: "Our current working hypothesis is that this pressurized line was supplying fuel [to the fire] for a long period of time."

WTC 7 might have withstood the physical damage it received, or the fire that burned for hours, but those combined factors—along with the building's unusual construction—were enough to set off the chain-reaction collapse.