DOVER, Del. (AP) — More than 35 years after the infamous suicide-murder of some 900 people — many forced to drink a cyanide-laced grape punch — in Jonestown, Guyana, the cremated remains of nine of the victims were found in a dilapidated former funeral home in Delaware, officials said Thursday.

The discovery brought back memories of a tragedy that killed hundreds of children and a U.S. congressman and horrified Americans.

The remains were clearly marked, with the names of the deceased and place of their death included on accompanying death certificates, authorities said. Kimberly Chandler, spokeswoman for the Delaware Division of Forensic Science, declined to release the names of the nine people to The Associated Press. She said officials were working to notify relatives.

She said the agency found the remains July 30 during a site visit prompted by a call from the property's current owner — a bank, according to Dover police and public records. Officials found 38 containers of remains, 33 of which were marked and identified. Chandler said the containers spanned a period from about 1970 to the 1990s and included the remains from Jonestown, established by Peoples Temple leader Jim Jones.

"It's simply a case of unclaimed cremains at a closed funeral home," Chandler said, adding that there is no reason to believe the five unmarked containers contain remains of more Jonestown victims.

Jones ran the Peoples Temple in San Francisco in the early 1970s. He founded a free health clinic and a drug rehabilitation program, emerging as a political force. But allegations of wrongdoing mounted, and Jones moved the settlement to Guyana, the only English-speaking country in South America. Hundreds of followers moved there. 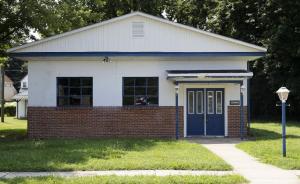 On Nov. 18, 1978, on a remote jungle airstrip, gunmen from the group ambushed and killed U.S. Rep. Leo Ryan of California, three newsmen and a defector from the group. All were visiting Jonestown on a fact-finding mission to investigate reports of abuses of members.

Jones then orchestrated a ritual of mass murder and suicide at the temple's nearby agricultural commune, ordering followers to drink cyanide-laced grape punch. Most complied, although survivors described some people being shot, injected with poison, or forced to drink the deadly beverage when they tried to resist.

After the deaths, bodies of 911 people who died in the massacre were brought to Dover Air Force Base, home to the U.S. military's largest mortuary. Many of the bodies were decomposed and could not be identified. Several cemeteries refused to take them until the Evergreen Cemetery in Oakland, California, stepped forward in 1979 and accepted 409 bodies.

The remaining victims were cremated or buried in family cemeteries. 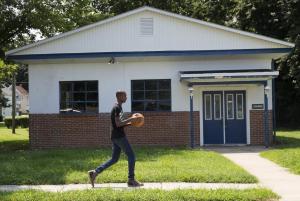 It's not unusual for families to authorize cremation and then leave the ashes unclaimed at funeral homes, said Torbert and other Delaware funeral directors.

"I'm going to say most all funeral establishments have cremains in storage that people have not come to collect," said Harvey Smith, secretary of the Delaware State Funeral Directors Association.

Edward G. Minus, who owned the Dover funeral home where the Jonestown ashes were found, died in May 2012 at age 74, according to an obituary. The bank then took over the building. Kent County real estate records show the 54-year-old, single-story building is owned by Sunningdale Ventures Inc., a subsidiary of Eastern Savings Bank in Hunt Valley, Maryland.

The dilapidated former funeral home in Dover had a padlock on the double front doors. The building showed few signs of its former use, although a floral design was etched in glass panes at the entrance. Dead vines hung from the building's white plaster walls, and cracked windows were repaired with blue tape. Torn carpet and damaged title could be seen inside. The grass was overgrown, and out back, beer and soda cans, broken cinder blocks and empty cigarette packs littered the ground. 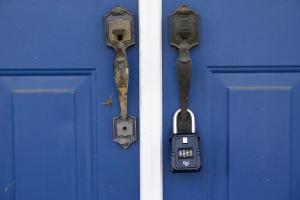 Jonestown Survivor Yulanda Williams, 58, called the discovery of the remains another bizarre turn of events.

"It's just so sad, for me as a survivor," said Williams, now a sergeant with the San Francisco Police Department. "You consistently wind up finding yourself trying to heal but having your wounds opened up again when new information is given."

Williams spent a decade with the temple, including three months in Jonestown. She left with her 8-month old daughter before the massacre.

"This is just another example of how these victims were further victimized," she said