This was nothing more than a gun running operation to supply the rebels.

The Obama Administration, either in their ineptness, ignorance, or just plain "don't give a sh*t" never expected any resistance. They either let the CIA...whom have become a joke, run the show, or placed so many deficiencies in the way (due to their inexperience) as to guarantee failure.

When the "sheet" hit the fan...all Obama ,Hillary and the rest were capable of was sticking their fingers in their ears and going "Lalalalalala"...

NOW! The cats are frantically trying to shovel the litter over the "****".

But of course...there could be an explanation(s).

1.Obama could not understand the conversation on the calls during the siege because of all of the gunfire in the background and thought it was a prank call from the NRA.

2.Or! He understood the calls BUT! his teleprompter was asleep.

3.Hillary couldn't respond to the call...because her mud facial had hardened...and the cucumbers were glued to her eyes...thus preventing her from any facial movement/conversation.

No problem though...ENTER Jay Carney...moving his little mouth via Obamas hand up his azz controlling the "statements"... 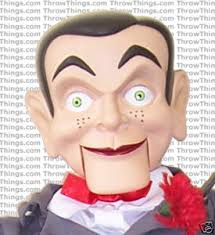 There appears there was an operation to roundup Russian SA-7 portable anti-aircraft missiles to ship to Syrian rebels.  That was thwarted by jehadim terrorists raiders.  The big question is how high the order to attack was -- Assad in Syria, the Iranians, or the Russians?  Most likely, the Russ wouldn't give the order, but wouldn't hesitate to inform Syria and Iran.

Jay Carney -- another proud graduate of the Baghdad Bob School of Journalism.

Meanwhile, Howdy Doody is imprisoned in a crate in a Detroit warehouse -- another victim of Democrat leadership.

You are undoubtedly the biggest MORON on these boards.  You have elevated yourself to a level of stupidity that is unmatched by any other human. Congratulations.

wul daddy, how awful. you must have voted for ryan. lol

I well remember Ron Zeigler's protestations that there was nothing to Watergate.  Then, the dam broke.  Then, there were much fewer sources of information.  Now, there are a flood of information sources. Even CNN is now carrying info on the IRS and Benghazi, after their management admitted they didn't carry much of interest to conservatives.  Simple survival demands they change, as their viewers are dropping off.

....and you have the audacity call yourself an 'American'?  You're a disgrace to this country and this forum.

we'll just keep waiting on that "big scandal"... so far... nothing but more rt. wingnut propaganda.

Dem are getting desperate, they know the smell of a dead skunk in August

A conservative group is working the scandals and a progressive group concludes the scandals are phony.  Sorry, that isn't a conclusion, just an opinion.

Benghazi still has too many unanswered questions, including the ability to ask questions, as so many who were there have not testified, even to the Intelligence committees.

The IRS scandal is one and several violations of law, too boot.  So far, we've seen Civil Rights Act violations, demand for information not allowed by law, bypass of IRS internal review checks, sharing of information between the IRS and FEC (another violation of law).

Lois Lerner took the Fifth, because she knew she was involved with areas covered by law.  So far, we know the Office of General Counsel (Obama political appointee) was running the show, Whether it ends there or goes further is the rub.  In my memory, those who took the Fifth before Congress were Communists, America Na*zis, mafia, KKK and Watergate offenders.

Playing the role of Ron Ziegler for Obama, nothing to see here."

we'll just keep waiting on that "big scandal"... so far... nothing but more rt. wingnut propaganda.

What we should do here is "translate " the Ben Gazi  "Scandal" .

That's all there is to this thing.

Guess Which One of the Co-Hosts from 'The View' Just Nicknamed Black Republicans
9/10/207:31 PM

WATCH: Biden Led to Car by Handler After Giving Strange Answer About Auto Worker Incident
9/10/208:22 AM