Chimpanzees are attacking people in Uganda, part of a disturbing trend going on in the country that has led to crop loss and even death.

National Geographic reports that the problem has been going on for several years, citing an incident in 2014 that saw a chimp fatally attack a 2-year-old child, stealing the baby from his mother.

“A chimpanzee came in the garden as I was digging,” Ntegeka Semata said in an interview with the publication. She noted that her four young children were with her and as she turned her back to get water, the chimp took her child by the hand and ran off. 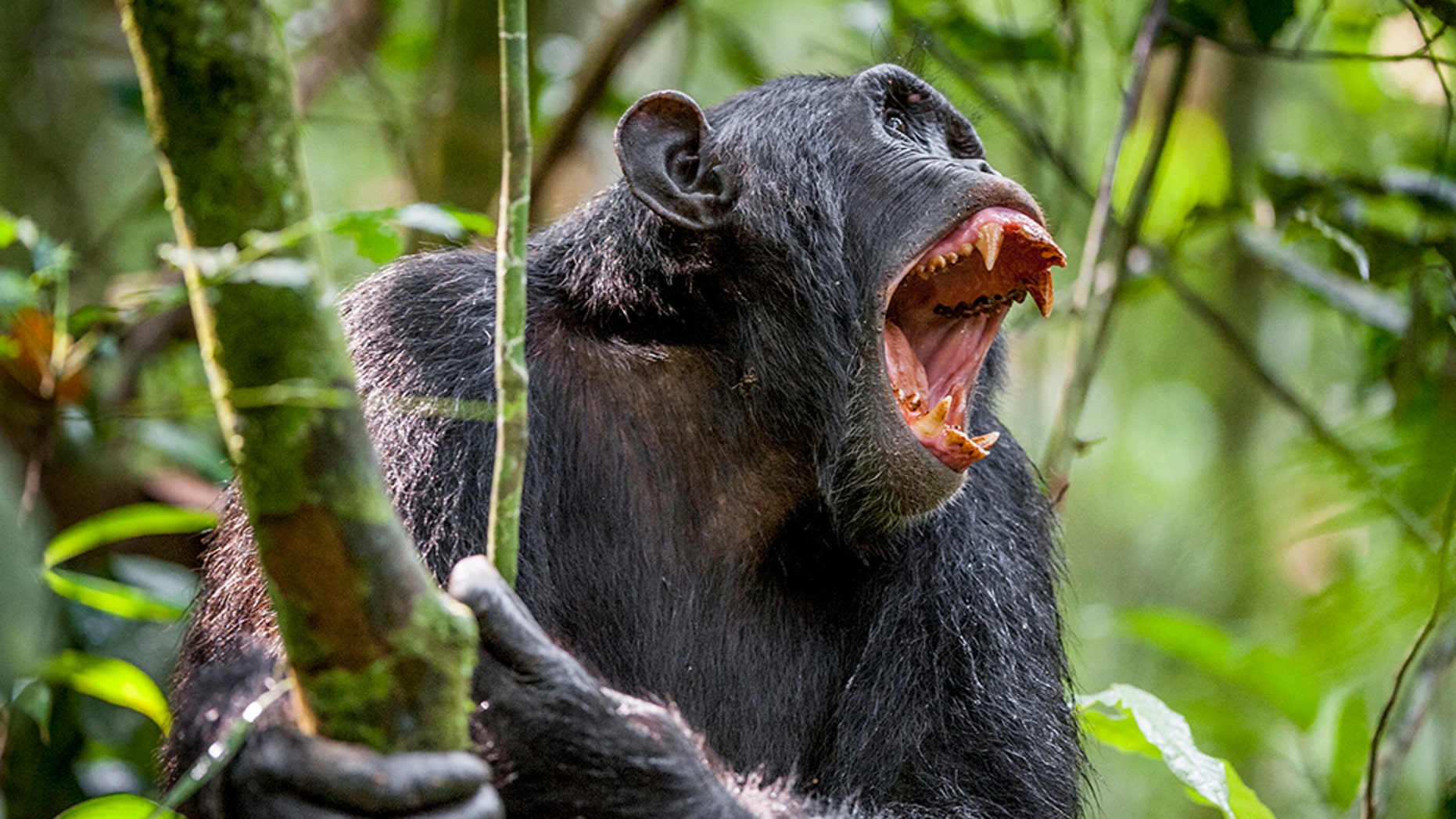 The child screamed, which caused the other villagers to pay attention and chase after him, but it was too late. “It broke off the arm, hurt him on the head, and opened the stomach and removed the kidneys,” Semata continued, adding that the child died on the way to the local hospital.

Semata and her husband lived in the village for more than three years and built a bamboo fence around their tiny backyard to prevent the chimps from getting in. “I am scared all the time that other chimpanzees might come back,” Semata said in the interview.

The fence was no match for the chimps, who kept returning and eventually Ntegeka and her husband were forced to leave their house by the end of 2017, moving to a rented room three miles away. “I feel like we’ve been cast back into poverty,” she said.

Since the 2014 incident in Muhororo, there have been several other attacks on children. Three deaths have been reported and six additional injuries or escapes have occurred as a result of the attacks.

It's unclear why the chimps are attacking the young children, but the publication mentioned "habitat loss" for the mammals throughout the western part of the country.

"The native forest that once covered these hillsides is now largely gone, much of it cut during recent decades for timber and firewood, and cleared to plant crops," according to the National Geographic story.

The Uganda Wildlife Authority (UWA) is aware of the issue. On its website, it notes that chimps can "be aggressive and unfriendly, particularly towards unrelated individuals."

In comments obtained by National Geographic, UWA Executive Director Sam Mwandha said recently that it is "hard" or even "impossible" to prevent clearing of the areas. “We can only plead; we can only educate and hope that people will appreciate them," he added. 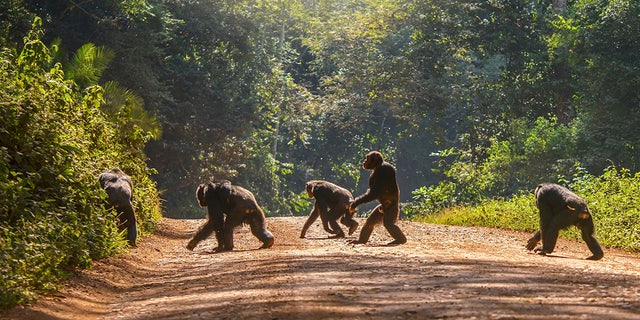 Chimps are humans' closest living relatives, sharing "at least 94 [percent] of its DNA," according to the UWA.

Sociable, communicative and intelligent, these mammals are able to use tools such as rocks to smash open nuts, empty pods to scoop water and get termites out of their nests by using sticks. But with their habitat being threatened by a growing population, chimps are getting closer to human settlements.

Listed as endangered according to the International Union for Conservation of Nature, there are believed to be less than 300,000 chimps across the African continent.

It is illegal in Uganda to kill chimps, but occasionally permission is granted if a male chimp goes rogue, The Sun reported.

Anybody remember the TV Series "ZOO" ??

I had read articles about this, prior to seeing your post, but the thing that came to my mind when I read it was just how much these chimps were alike humans and in particular many Democrats and Liberals as they go about having absolutely no conscience or concern about ripping children from their Mother's womb.  For these animals, chimps, they don't see these kids, children, humans as being anything special but rather as food or adversaries with no concern or fear of murdering/killing them.  Likewise, whether they admit it or not, pro-abortionist don't see a human or soul/spirit inside a woman's womb but rather as a thing, object, no more significant than a roach scurrying across the flood.  Sadly they even might give more consideration to the insect than they do or would the fetus.

I realize this view, of mine, is offensive to some as I classify them as being practically inhuman in respect to their fellow human inhabitants of this Earth.  Actually, for some, I'm sure their view of people and their humanity is also based upon their political views as to some anyone who is conservative, Republican, or supporting of Donald Trump or anyone like him, are considered (to them) to be inhuman and not worthy of life or respect.  One only has to look at the way they treat and consider people based almost entirely upon their political leanings.  There are far too many examples to list but Donald Trump himself is one example.  He was the darling of the liberals back when he was pro-abortion and bumping shoulders with Chuck Schumer and doling out the political donations to the Democrats but from the moment he declared his candidacy for President, as a conservative Republican, he became akin to Hitler.  These are people who are somewhat dangerous to society as they make judgments about a person's validity as a person solely based upon that person's political leanings.  I'm not saying that some Conservatives don't do the same but their numbers are far less than the liberals who do this to conservatives.

Jack HammerPost Master
Yes, Trump broke line and stepped in front of Helda but so did Qberry.
Like the Q, Helda wasn't running for POTUS but for the coup to satisfy
their god the UN and one world power over all others.
This is why the country has never witnessed a more determined
unlawful group to steal the power supported by a militant takeover
for a never ending dictatorship of socialist/communist way of life.
Plain as the snot on a crybaby's snowflake face.
Like Reply (0 Likes)
Take Action

"He was the darling of the liberals back when he was pro-abortion and bumping shoulders with Chuck Schumer and doling out the political donations to the Democrats but from the moment he declared his candidacy for President, as a conservative Republican, he became akin to Hitler".

Absolutely...they loved him until he whupped the depends off of Hillary/

Jack HammerPost Master
What changed Trump was the same thing changing more people than
not. He saw it not as a social business strategy any longer but as a fight
for the freedom of his Country and the true Americans living here.
Like Reply (0 Likes)
Take Action

Jack Hammer posted:
What changed Trump was the same thing changing more people than
not. He saw it not as a social business strategy any longer but as a fight
for the freedom of his Country and the true Americans living here.

More people need to see that but so many vote solely by party affiliation and believe everything they are told by the party there are actually few that do what Trump and Reagan did.

SWAMP STENCH: The FBI deep state is hard at work
19 hours ago

A Historic Contrast ... Unprecedented!
20 hours ago