A Colorado high school is under fire for assigning sexually explicit material -- which contained vulgar language and passages about sexting with minors -- without parental consent.

Brett Cason, the father of Skylar, a 16-year-old student at Steamboat Springs High School, was shocked when his daughter told him about the sexually-charged graphic assignments she had in her "Music Literature" class. Ryan Ayala, the teacher who crafted a lesson around the poem "Howl" by Allen Ginsberg, apologized in a letter to the Casons saying it was the "most offensive" material covered in his class, after he didn't get parental consent requiring students to fill in blanks such as "f---ed in the a--" and "c--t," and other lewd language. The poem was in a book approved by the school board, but Ayala had students fill in the censored parts of the poem.

Skylar explained feeling guilty and shameful as her teacher asked them about the symbolism of the phrase "granite c--k" during a classroom discussion. In another assignment students were asked to review a song that talked about sexting and offering sexual favors to a teenager, something that "blindsided" school officials when they found out about it from Cason.

"In the age of MeToo and Harvey Weinstein, it's hard for me to understand why Superintendent [Brad] Meeks would think requiring teenage girls to meditate on a song normalizing sexting would be acceptable," Dys added. "If they want to teach on controversial materials, they can, but they should warn parents and give them an opportunity to choose an alternative assignment." 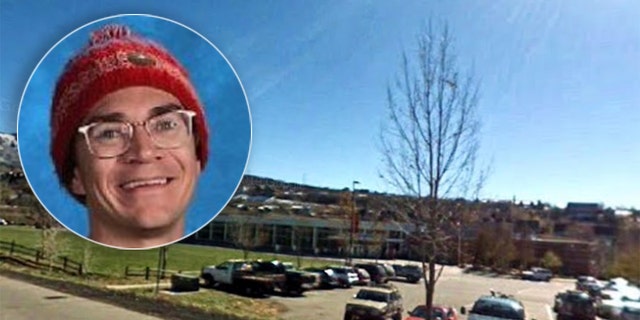 On Monday, First Liberty sent a letter to the district asking for an apology to parents and training so the policies are followed.

When asked if the district is taking action against the teacher, Brad Meeks, Ph.D., the Steamboat Springs School District superintendent, pointed Fox News to a statement issued Monday apologizing that "parents were not given advance notice that would have allowed them to opt their child out of participating" in a work he described as "considered controversial by some for its use of expletives and portrayals and descriptions of sexual matters."

Meeks said the district is working to make sure teachers are aware of "proper procedures around incorporating controversial materials" and follow them, as well as giving alternative assignments for students who opt out.

"We do believe that what occurred this fall was simply an oversight as a result of not understanding the policy," Meeks wrote. "We regret if members of our community were offended."

"We do believe that what occurred this fall was simply an oversight as a result of not understanding the policy," Meeks wrote. "We regret if members of our community were offended."

What an incredibly weak apology.

Jack HammerPost Master
I didn't see an apology but a "too bad you don't like what we're
doing with the money and your chrildren."
Like Reply (0 Likes)
Take Action

Jack Hammer posted:
I didn't see an apology but a "too bad you don't like what we're
doing with the money and your chrildren."

"We regret" is the most they got. Weak as water "apology".

Drawing Up Sides for the Civil War
43 minutes ago

The Top 5 Countries in the World
57 minutes ago

Is Mustard Good for You?
2 hours ago

Is All Sin the Same to God and Therefore Punished the Same in Hell?
8 hours ago

SWAMP STENCH: The FBI deep state is hard at work
9 hours ago