Former Texas Democrat congressman Beto O'Rourke announced Friday he is withdrawing from the 2020 presidential race, telling supporters “it is clear to me now that this campaign does not have the means to move forward successfully.”

O'Rourke entered the race in March to great fanfare after nearly defeating Texas incumbent Sen. Ted Cruz in the 2018 midterms but struggled to gain traction in the massive Democratic primary field.

O’Rourke was in Iowa, ahead of a planned appearance at an event in Des Moines, when he announced his exit from the race. On Friday, an emotional O’Rourke addressed a group of supporters after the news broke. “This has been the honor of my lifetime,” he told them. “I love you all and I know that I’ll be seeing you down the road.”

An O'Rourke spokesperson confirmed to Fox News that the candidate had ruled out running for the Senate next year, when Sen. John Cornyn, R-Texas, is up for re-election.

President Trump reacted to the news by tweeting Friday, "Oh no, Beto just dropped out of race for President despite him saying he was 'born for this.' I don’t think so!"

O'Rourke sought to make gun control a top issue in his campaign, most notably after the Aug. 3 mass shooting in his hometown of El Paso. He went so far as to embrace the confiscation of certain firearms, memorably  saying in a September debate, "Hell yes, we are going to take your AR-15."

The 47-year-old O'Rourke was urged to run for president by many Democrats who were energized by last year's narrow Senate in reliably Republican Texas. He raised an astonishing amount of money from small donors across the country, visited every county in the Lone Star State and used social media and livestreaming video to engage directly with voters. He ultimately lost to Cruz by three percentage points.

But O'Rourke struggled to replicate that model in the presidential primary and both his polling and his fundraising had dwindled significantly in recent months.

"I am grateful to all the people who made up the heart and soul of this campaign," O'Rourke said on Twitter Friday. "You were among the hundreds of thousands who made a donation, signed up to volunteer or spread the word about this campaign and our opportunity to help decide the election of our lifetime. Our campaign has always been about seeing clearly, speaking honestly, and acting decisively."

It comes as other candidates are fighting for survival in the race: Democratic presidential candidate Kamala Harris is dramatically cutting her staff and is closing campaign offices in New Hampshire, to re-direct resources to Iowa.

Fox News' Patrick Ward and The Associated Press contributed to this report.

Although he joined the chorus of Democrats denouncing Trump with ever-growing ferocity and embraced full-blown Trump Derangement Syndrome, O’Rourke never gave significant numbers of Democrats any convincing reasons to support him or his far-left proposals.

As a fellow Texan who watched O’Rourke fail to defeat Republican Sen. Ted Cruz in the 2018 election, I wasn’t surprised that O’Rourke quickly went from media darling – most notably with a fawning cover story in Vanity Fair – to two-time loser.

After O’Rourke decided he was out of it Friday, President Trump tweeted: “Oh no, Beto just dropped out of race for President despite him saying he was ‘born for this.’ I don’t think so!”

In his losing Senate race, O’Rourke sought to demonize Cruz, who was a perfect foil to excite progressive passions across America. Next to Trump, Cruz is one of America’s most visible conservatives – a man the left loves to hate.

Cruz’s principled stand against ObamaCare and gun control that disregards our Second Amendment rights – along with his strong run for the Republican presidential nomination in 2016 – made him a prime target for leftist ire. To mobilize that ire, O’Rourke just had to show up.

O’Rourke raised a record $80.1 million for his 2018 Senate race, some three-quarters of that via ActBlue, an online donation portal favored by millions of progressives. By the time the dust settled, the 2018 Senate race in Texas was the most expensive in history, with Cruz raising $37.1 million and outside groups pouring in millions more.

When O’Rourke announced his run for the Democratic presidential nomination in March, he raised $6.1 million in 24 hours, all of it online and from all 50 states, such being the power of the Internet to reach a national audience.

O’Rourke even bested socialist Sen. Bernie Sanders’ $5.9 million first-day fundraising total – making him look like a credible challenger to the Vermont independent and others in the Democratic presidential race.

To put that into perspective, O’Rourke raised in one day about a quarter of what then-Sen. Barack Obama took in in his first quarter of campaigning for president in 2007.

But once O’Rourke announced his presidential candidacy and voters started learning more about him and his radical positions – and he repeatedly stumbled with gaffes on the campaign trail – he turned from an overnight sensation to the butt of jokes.

The desperate Democrat’s videos of his visit to the barber (where he helpfully explained how the barber was cutting his ear hair) and to the dentist were a gift to late-night comedians.

O’Rourke then lashed out, seeking to recapture the imagination of the progressive wing that animates much of today’s Democratic Party.

O’Rourke famously called for a nationwide firearms confiscation scheme, tearing down barriers on the Mexican border, and taxing churches, synagogues and mosques that didn’t adhere to a government-approved worldview.

These extremist proposals were all that distinguished O’Rourke from his opponents and their near-unanimous support for a $15-an-hour minimum wage, eliminating the Electoral College, and other proposals that only a few short years ago would have been on the fringe of the Democratic Party but are now are the consensus.

However, just being angry is a poor rationale for a campaign, leading to O’Rourke to become the highest-tier Democratic candidate to withdraw up to now.

As O’Rourke leaves the campaign trail to come home to Texas, he returns to a state with a booming economy and strong job growth. The success of Texas has been built upon a rejection of more government control and a refusal to impose high taxes – the exact opposite positions of O’Rourke and Democrats still in the presidential race.

Texas voters rejected O’Rourke’s Senate bid because they decided they wanted less government – not more. America’s voters will likely weigh the same choice in 2020 in deciding between President Trump and the eventual Democratic presidential nominee.

Predictions anyone? Who will the left end up choosing?

Jack HammerOld Faithful
Beto was never in the race. He made a fair showing in the senate race
with Ted Cruz. But before dropping out of the POTUS run he exposed
himself as the weak minded idiot he actually is and probably ruined
any chance of running for anything again.
During the Senate run people didn't know him enough to know him.
They do now.
Predictions for who will run is like Predicting the winner of a
**** roach race.
11/2/199:28 AM
❤️ 0

Jack Hammer posted:
Beto was never in the race. He made a fair showing in the senate race
with Ted Cruz. But before dropping out of the POTUS run he exposed
himself as the weak minded idiot he actually is and probably ruined
any chance of running for anything again.
During the Senate run people didn't know him enough to know him.
They do now.
Predictions for who will run is like Predicting the winner of a
**** roach race.

OK...instead of predicting how about guessing? Or who would you like to see? I want Trump to win again...but I would like to see a democratic candidate that would run on something other than " I hate Trump". It would kind of be reassuring that the entire democratic party hasn't been lost to insanity...but that's just a dream.

Jack Hammer posted:
Only a hate Trump will run, even a pro Trump D'rat would be OK
with the economy as it is now. I'd like to see Warren or Sanders.

I forgot to say they had to be sane. LOL! 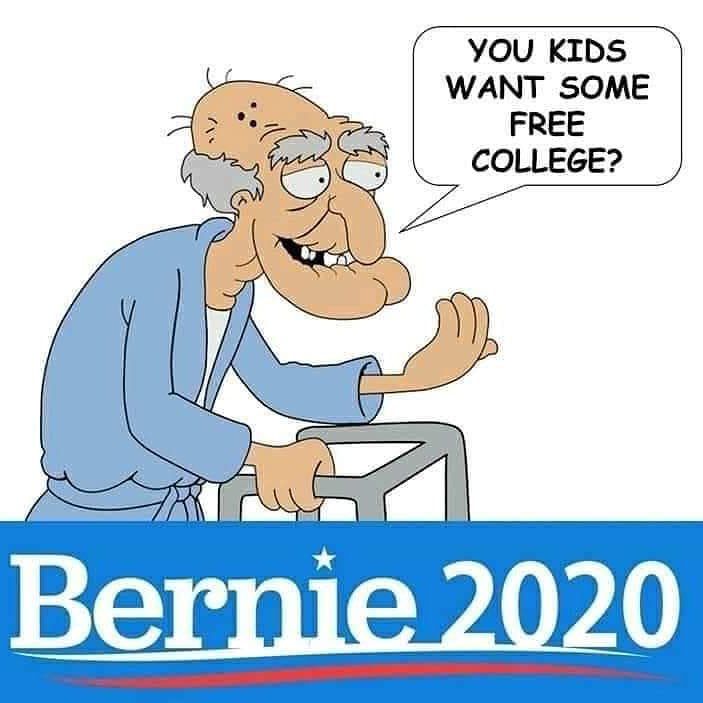 Will he get the band back together?? Can he still fit in his dress? 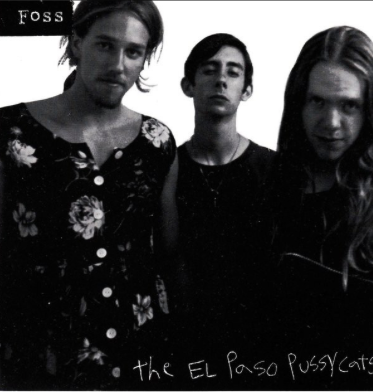 Hillary will jump in and win.

Jack Hammer posted:
He can't brush his tooth (s) much less change a tire, what job besides
counting more money he'll ever spend.

All those millions he wasted knowing the entire time he didn't have a snowball's chance in ****.

Jack HammerOld Faithful
Whatever name recognition he gained will only hurt his chances
for anything else.
11/3/1910:24 AM
❤️ 0
Back To Top

Stephanie Grisham Out as White House Press Secretary
16 hours ago

Mike Lindell responds to liberal media’s onslaught: ‘I used to think ‘are they really that evil?”
17 hours ago

Very interesting-approximately 7,452 people die every day in the United States.
18 hours ago

Joe Biden IS a virus!
20 hours ago