Not to mention Dems' racism...anti-Semitism and a complete lack of morals...kindness and other human emotions. Jealousy...hate...revenge and every other negative energy in the universe seems to be the only things that drives and guides them.

Police charity event on hold after chief withdraws because Republicans were invited: report

A charity event planned in honor of an officer killed in a 2018 mass shooting at a country music bar in in Southern California has been postponed indefinitely -- reportedly because a police chief didn't want Republicans invited.

The Blue Bowl, a charity flag football game, was intended to raise money for the family of fallen Ventura County Sgt. Ron Helus as well as other officers killed in the line of duty, FOX 11 of Los Angeles reported. 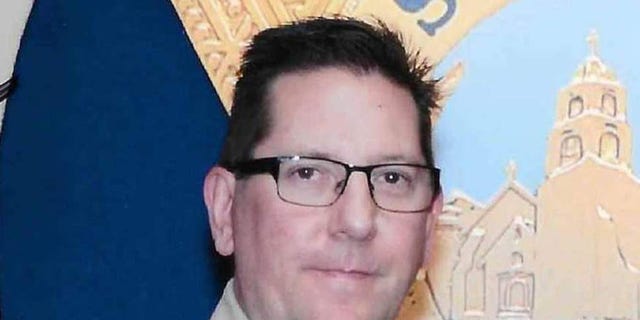 Sgt. Ron Helus was killed during a mass shooting at a bar in Thousand Oaks, Calif., last year.

Helus died last Nov. 7, when a 28-year-old suspect allegedly attacked the Borderline Bar and Grill in Thousand Oaks, killing a total of 13 people and wounding about a dozen others. The suspect died of a self-inflicted gunshot wound, authorities have said.

Thousands of dollars had already been raised for fallen officers' families, but the money is now being returned to donors because Thousand Oaks Police Chief Tim Hagel reportedly withdrew the police department because Trump supporters would be speaking at the event.

"He basically said over and over in the conversation, 'This is not Trump country, that slogan 'Make America Great' is not favorable, popular, within 1,200 square miles,' that we don’t want Republicans here. I could not believe it,” Mike Randall, vice president of the Fallen Officers Foundation, said, according to FOX 11.

“'The only thing,' and I quote, 'the only thing you [could have done to make] this worse, Mike, was to invite **** Cheney and Sarah Huckabee Sanders.'

Both Democrats and Republicans were invited to the event. Gov. Gavin Newsom's public safety liaison, Trump supporter Scott Baio, who attended Helus’ church, and Trump-supporting singer Joy Villa were all scheduled to attend.

He also said Democratic Assemblywoman Jacqui Irwin was upset that her former opponent had been invited.

He added that Hagel told him to get rid of the Republican speakers or the police department would withdraw. They finally did pull out.

"He goes, 'Yeah, this ain’t gonna work for us,' I said, 'You’re not gonna support this with the honor guard?' And he goes, 'No, we’re not bringing the honor guard. We’re not coming. We’re not going to be there, not supporting it'," said Randall.

'This is not OK. This is prejudice.'

The Ventura County Sheriff’s Department issued a statement, saying:"The 'Blue Bowl' event was represented as a charitable flag football tournament to raise funds for the family of Sergeant Ron Helus. An event that would honor Ron’s memory and provide support to his wife Karen and son Jordan. As the event began to materialize, we became concerned with the behavior of some of the organizers of the event. Although I believe the organizers had good intentions, the event was moving in a direction we no longer felt comfortable supporting.”

"This is not OK. This is prejudice, hello?" she said. "You’re shutting down an event because of the way conservatives think, because I support the president? This is disgusting, I’m appalled, and in all my years being an out conservative, I’ve never seen something so despicable like this.”

"You’re shutting down an event because of the way conservatives think, because I support the president? This is disgusting."

Jack HammerOld Faithful
In the world of Liberals you're Guaranteed one thing, It's never going
to be any better, only worse.
10/2/198:13 AM
❤️ 1

Rep. Rashida Tlaib, D-Mich., has promoted at least four racially charged hoaxes or debunked stories on Twitter in 2019 and failed to issue statements retracting or correcting her comments.

The most recent example: the case of Amari Allen, a black 12-year-old girl in Virginia who claimed three white boys in her class pinned her down and cut off her dreadlocks. Allen has since recanted the story, but Tlaib has not issued a correction or deleted her tweet praising Allen as "courageous & strong" and having a "power that threatens their core."

The activist who Tlaib retweeted apologized for spreading the story after Allen recanted her charge, but Tlaib didn't share the apology or offer her own contrition.

This has been part of a pattern for the outspoken, far-left congresswoman. On at least three other occasions in 2019, Tlaib uncritically shared racially charged, viral stories that fell apart or were strongly challenged upon deeper scrutiny.

Tlaib was among numerous progressive politicians and pundits who rushed to judgment about the Covington Catholic incident in January at the Lincoln Memorial. Initial videos and media reports made it seem as though Trump-supporting high schoolers had mocked and harassed a Native American man peacefully beating a drum, but further investigation revealed severe inaccuracies in those assumptions.

"This is so hard to watch," Tlaib tweeted, linking to one of the early videos. "It reminds us of the growing hate & oppression we are all up against."

"This is so hard to watch," Tlaib tweeted, linking to one of the early videos. "It reminds us of the growing hate & oppression we are all up against."

The hate and oppression your party spreads.

Jack Hammer posted:
In the world of Liberals you're Guaranteed one thing, It's never going
to be any better, only worse.

You have that right!!

"This is not OK. This is prejudice, hello?" she said. "You’re shutting down an event because of the way conservatives think, because I support the president? This is disgusting, I’m appalled, and in all my years being an out conservative, I’ve never seen something so despicable like this.”

True Americans haven't seen anything if the socialist/Brown Shirts
gain control of Our Government.
10/2/199:13 AM
❤️ 0
Back To Top

There is simply no other way to state this.
13 hours ago

End of American-led’ World
22 hours ago

The Detroit Police have indicated there has been an arrest in this atrocity.
23 hours ago