La Trovato needs to use her check to get those teeth fixed!! 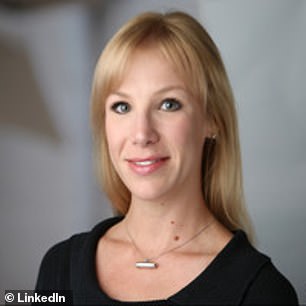 Laura Krolczyk (pictured), who was the vice president for external affairs at a New York hospital, has been fired for suggesting that Trump supporters should infect each other with the coronavirus

A top hospital executive in New York has been fired for suggesting that supporters of President Donald Trump should infect each other with the coronavirus.

Laura Krolczyk, who worked as the vice president for external affairs at the Roswell Park Comprehensive Cancer Center in Buffalo, was terminated after she slammed Trump’s response to the pandemic in a Facebook exchange.

A screenshot of the exchange shows Krolczyk telling Lisa LaTrovato, the director of development at the Hauptman Woodward Medical Research Institute, that ‘Trump supporters need to pledge to give up their ventilators for someone else… and not go to the hospital’.

According to The Buffalo News, LaTrovato has been placed on administrative leave from her position, but Krolczyk was fired.

Their exchange was brought to the attention of the institutions after Republican operative Michael Ca**** shared it on his Twitter on Friday.

Ca**** shared screen grabs of Krolczyk’s Facebook comments that were written under an article by The Hill news site about the president’s reluctance to pay $1 billion to General Motors and Ventec for ventilator production.  A screenshot of the exchange (pictured) shows Krolczyk telling Lisa LaTrovato, the director of development at the Hauptman Woodward Medical Research Institute, that ‘Trump supporters need to pledge to give up their ventilators for someone else… and not go to the hospital’

‘I think they should be the only ones in packed churches on Sunday,’ LaTrovato responded.

Krolczyk then wrote: ‘They should barricade themselves in there and ride this out.’ LaTrovato replied: ‘Yup.’

Another user also commented on the Facebook post, saying: ‘Wow, just wow, so your saying we decide who lives and dies based on political views? Great plan (thumbs up emoji).’ 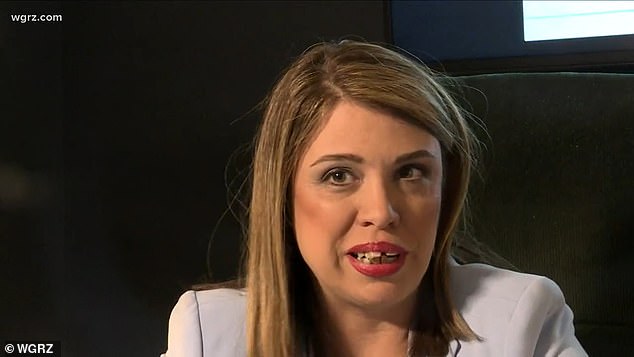 Krolczyk responded to that person by saying: ‘Don’t cash your stimulus check. It’s all a hoax. Chew some ibuprofen and be on with your day.’

Roswell Park called Krolczyk’s comments ‘inappropriate’ and said they didn’t ‘reflect the opinions of Roswell Park or its senior leadership’.

In a statement released over the weekend, Roswell Parks said: ‘This employee was terminated today [Saturday] after our Human Resources team concluded its investigation.

‘We followed standard procedure, which required that we gather and verify relevant information before taking any disciplinary action.’

The statement went on to say that behavior like Krolczyk ‘is not tolerated at Roswell Park’.

‘If any team members act in a way that does not accord with that commitment, we will take swift and appropriate action, just as we did in this instance.’

Jack HammerOld Faithful
In the last three years morons/liberals have shown they can't keep
their meth holes shut.
I'm running out of food and stuff over here, I had to throw my last
horse on the grill. Horse meat is very red and nothing like that hog I
found down the street that looked homeless, a lot of animal suicide
going on in west Tenn. LeWilly and his dog went missing yesterday.
There's a million stories on these dirt road cities, this world will never
be the same that you'll or your kids will remember, except Bill Gray...!
3/31/202:28 PM
❤️ 0
JH1961Hall of Famer

So much for 'The Party of Tolerance'.

The party of evil.

The party of evil.

what are BLM and NAACP doing ?
51 minutes ago
A&E Pulls ‘Live PD,’ and COPS from TV Schedules
15 hours ago