Highly doubtful that Barack will chime in on this since it doesnt further any agenda of his. 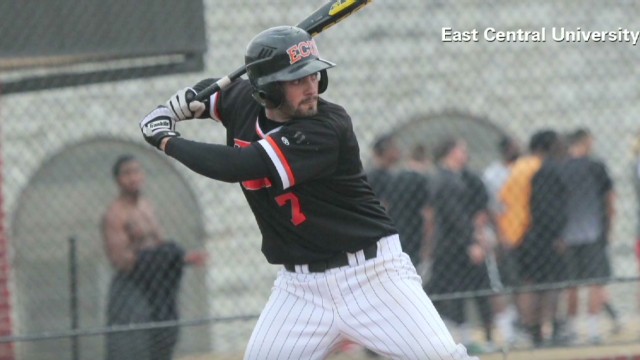 (CNN) -- They were younger than him, just teenagers who were driving around, apparently bored and looking for somebody to kill, according to police in Duncan, Oklahoma.

The indiscriminate shooting of Christopher Lane, a 23-year-old Australian who was living his dream of studying in the U.S. on a baseball scholarship, has repulsed many in his home country and led to calls for Australian tourists to boycott the United States.

"People thinking of going to the USA for business or tourists trips should think carefully about it given the statistical fact you are 15 times more likely to be shot dead in the USA than in Australia per capita per million people." 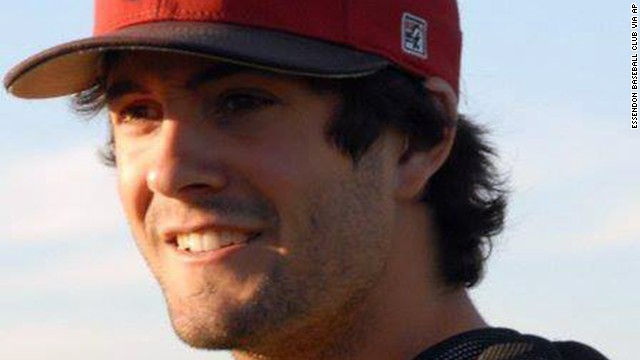 <cite class="expCaption">Police: He was killed for the fun of it</cite>

Police say Lane was on one of his regular runs through what's been described as the affluent town of Duncan on Friday at about 3 p.m. local time when a car carrying three teenagers drove up behind him.

"They pulled up behind him and shot him in the back then sped away," said Capt. Jay Evans of Duncan Police Department. "It could have been anybody -- it was such a random act."

Former Deputy Prime Minister of Australia: 'There is deep seated anger this time'

It was the indiscriminate nature of the attack that has shocked many in Australia.

One local newspaper, under mug shots of the three suspects, aged 15, 16 and 17, ran the headline: "Faces of Evil: The teens American police say shot our star."

At the time of writing, a Facebook page set up in his honor,R.I.P Christopher Lane, had more than 46,000 followers, many of whom described his murder as "senseless" and "tragic."

Lane grew up in Oak Park, a northern suburb of Melbourne in the southern state of Victoria. He showed sporting talent early on and started playing tee ball, the little league version of baseball, at the age of 7, according to Essendon Baseball Club president Tony Cornish.

"It's shocked our world. The baseball community in Australia is a tight-knit group. Most baseballers know most baseballers and everyone's shattered," Cornish told CNN.

Cornish said Lane was a "very good athlete" who could have played Australian Rules football but chose baseball because it offered him the chance of a college education in America.

"If it didn't work out he could have come back to Australia with an education and also been a much better baseballer. He would have been an elite player in Australia and at our club. That's the type of kid he is -- he created a 'win- win,' in a way, for himself," he said.

Lane's friends and family are being invited to a memorial game in his honor on Sunday, and a donation page has been set up on its website to raise money for a memorial fund in his name.

Lane's girlfriend of four years, Sarah Harper, visited the scene of his death on Tuesday, a grassy curb on a suburban street where flowers have been placed with messages of regret and condolence.

"(He was) such an amazing person and I'm going to miss him forever. But I'm really glad that I got the four years with him," Harper told reporters. She and her family will be traveling to Melbourne for Lane's funeral on a date still to be set.

Lane's visibly distraught father, Peter, told the media: "He's left his mark as we know, and you know there's not going to be any good come out of this, because it was just so senseless."

It's shocked our world. The baseball community in Australia is a tight-knit group... everyone's shattered.

A former student and classmate at East Central University (ECU) where Lane was studying described him as "a charming guy, genuinely good person, with great character and had a love for life."

"As clichÉd as it sounds, Chris was the kind of guy you want your sons to grow up to be and that you want your daughters to marry. It just breaks my heart knowing how much more he could have brought to this world as a husband, father, son, brother and friend," Sam Malchar said.

On Tuesday, three teenagers appeared in court charged over the attack, which came one day before they were due to return to school.

James Edwards Jr., 15, and Chancey Luna, 16, were charged as adults with felony murder in the first degree, according to Kaylee Chandler, Stephens County Court clerk.

Michael Jones, 17, faces two charges -- use of a vehicle in the discharge of a weapon and accessory after the fact to murder in the first degree.

A judge set bond at $1 million for Jones, while no bond was set for Edwards and Luna, Chandler said.

Security is being tightened around the Duncan School District after anonymous phone threats were made to Duncan High School.

Schools will open as normal on Wednesday, but students won't be allowed to leave for lunch and parents are being told they can keep their children at home if they wish, according to a statement from school district officials.

I think the word you mean is "Crip".  But the varmint needs to be put in a crypt--and soon.

Not irrelevant if it's true.  If it had been three white guys shooting a black athlete for no reason; BO, Al, and Jesse would be burning up the airwaves.

I think the word you mean is "Crip".  But the varmint needs to be put in a crypt--and soon.

Correct on both counts.  Must check spell checker.

"ONE of the teenagers charged with the murder of Melbourne baseball star Chris Lane posted racist tweets saying he hated white people in the months before the shooting.

James Edwards, 15, posted statements on his Twitter feed including a comment on April 29 where he tweeted "90% of white ppl are nasty. #HATE THEM".

Edwards also weighed when George Zimmerman was acquitted over the death of Trayvon Martin.

"Ayeee I knocced out 5 woods since Zimmerman court!

It comes as the harrowing last moments of Lane's life were revealed on a 911 emergency call."

"The accused teenagers were dobbed in by a local who claimed his son was the trio's next target.

James Johnson, 52, called the police to tell them that the accused killers were hiding in the car park of the Immauel Baptist Church car park at about 5pm, two hours after they allegedly shot Lane.

"My son called me and said, 'They're saying they're coming to kill me' so I called the police and they got here within about three minutes," Johnson told the Herald Sun.

Mr Johnson claimed that Edwards had threatened the life of his own 17-year-old son Christopher on Facebook. His son was at home with his mother and sisters near the church when he received the death threat.

"They threatened to kill my son because they are in a gang, the Crips, and were trying to get my son in it and I wouldn't let him do it.

"I told him he couldn't run with those boys. He's a little terrified."

Mr Johnson said the Crips was a predominantly African American street gang that began in Los Angeles in 1969 and had been in Duncan for the past few years.

Oh no, they were only bored, there's no such thing as a hate crime when it's black on white crime.

"ONE of the teenagers charged with the murder of Melbourne baseball star Chris Lane posted racist tweets saying he hated white people in the months before the shooting.

James Edwards, 15, posted statements on his Twitter feed including a comment on April 29 where he tweeted "90% of white ppl are nasty. #HATE THEM".

So much for irrelevant, huh?

Has anyone noticed that obama hasn't uttered a word about this? IF he has, I've missed it. You would think, with the people of Australia being so upset and calling for a boycott, he would have something to say.

Just watch, all the dims will turn a blind eye to this.  Some how some way they will find a way to deny this was a racist act.

Just pointing out the hypocrisy of our beloved leader, contendah. Black on black and black on white crime is not a good political talking point so Barack doesn't care about it.

One thing you will also notice is that Barack, Al Sharpton, Jesse J, etc... will not use this as an opportunity to push their gun control agenda since the crime involves black kids killing a white kid,

LOL, I guess ol Contendah  is smartly laying low on this now.  I wonder if he's "frowning" upon this incident.

Guess Obama won't be saying, "if I had sons, they'd look like this krewe."  Pardon gangsta spelling.