Last week Democrats Ilhan Omar and Rashida Tlaib were refused entry into Israel over their continuous attacks on Israel and their vocal support for the BDS movement.

Rep. Tlaib was later offered a visa into Israel to visit her elderly grandmother in the West Bank. Tlaib declined the request.

On Friday Democrats Ilhan Omar and Rashida Tlaib shared a meme on their Instagram pages from cartoonist Carlos Latuff, who’s work has been accused of being anti-Semitic and has trivialized the holocaust. 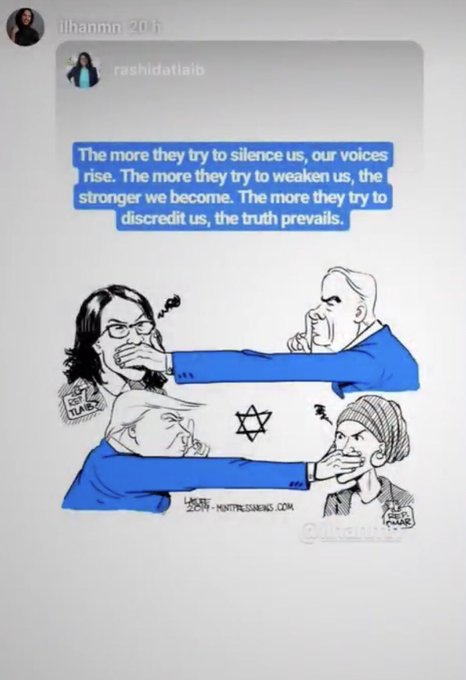 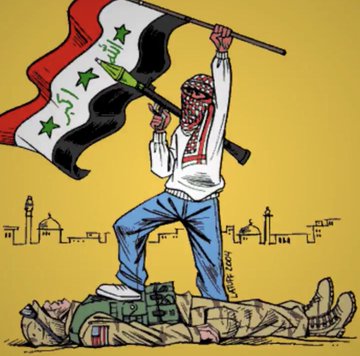 Now, @IlhanMN and @RashidaTlaib are promoting Carlos Latuff; a cartoonist who drew a terrorist raising the flag of Saddam Hussein’s Ba’athist government, while stepping on a murdered US soldier. Latuff is a known Jew-hater who mocks the Holocaust.

Via Imam of Peace:

They really hate this country.

Jack HammerOld Faithful
And still there are idiots everywhere saying congress should deny
all help to Israel.......... Doesn't matter how many generations a
European liberal Demo has been here they become anti-America,
----------------------------
Another note:

This came after the two anti-Israel Democrats Tlaib and Omar introduced their radical BDS resolution that compares Israel to **** Germany and Imperialist Japan.

Last Wednesday the Netanyahu government announced they would not allow anti-Semites Rashida Tlaib and Ilhan Omar to travel to Israel this month.

Israel told them they are not welcome.

Later in the day Israel said they would allow Rep. Tlaib to visit their country to see her grandmother but only after she signed letter promising not to promote anti-Semitic BDS policies while there.

Disgraceful and they have NO place in our political offices...and yet dems support them!

"We’re going to impeach the MF’er, don’t worry!" she said to huge applause at Netroots Nation

Not a peep from the left.

Trump says "Go back then COME back and show us how it's done" and the left melts down in hysterics!!! Plus I have read how they reported his remarks and they never report what he actually said....they leave off parts and add or change words.

The MSM today are just contract workers from Mexico.

And yet, Not one Republican has an issue with the Justice Dept. sending out links to 'white supremacist' websites.

You think you’re bored at home?
2 hours ago

Not your President?
5 hours ago
Blood From Covid-19 Survivors May Point the Way to a Cure
5 hours ago

James Woods shut down by Twitter, AGAIN, over widely-shared photo of naked democrat
1 day ago

The cat is out of the bag!
1 day ago
The Story of CornPop-LOL!
1 day ago

Americans need help. Democrats must stop blocking it.
2 days ago