If ask about my classification as a voter, I usually answer that I consider myself to be an Independent.  Furthermore an Independent Conservative but given the noticeable political radical left shift that most, if not all, Democrats have taken lately I have to admit that my options have greatly diminished and I'm greatly limited to a selection of Republicans and Libertarians mostly.  Independents rarely succeed today as people are so politically entrenched into our dual political system and block vote there is little to no support for Independent positions and then if elected are usually castigated by both political parties as an outcast regardless of their leanings or positions.

As for voting and which party I choose to support that has also been pretty much determined for me, by the current deviation from traditional Democratic positions towards a more definite liberal, leftist, agenda driven position.  Socialist and even Communistic positions taken by the current group of Democrat lawmakers and politicians have often made the decision for me to support Republicans even though I have chosen to vote for a Democrat in the past just to insure that one party does not achieve some permanence or dominance over time that reduces objectivity and debate.  Anymore there are no Conservative Democrats as they have been ostracized from the national political party and are relinquished solely to local positions rather than the National positions they once held.  The Democrat party has been taken over by radical socialist and leftist liberals with exclusionary attitudes and no room for dissenting opinions within the party or for even moderates.  Today's Democrats are socialist at best and wish total control over their political subjects that they seek to represent as they make determinations as to what is good for the people and almost exclusionary, reduction of freedoms we have enjoyed for years.

Over the years the Democrats have seen moderates and Conservatives depart from their party in great numbers and some of those who made the decision to change their political affiliation have found success as Republicans with Ronald Reagan and Donald Trump being prominent among them.  They have each, at times, said that they didn't leave the Democrat party but that the Democrat party left them.  I propose that this is the general case with my situation and whereas I like to call, and consider myself, as an independent my political choices of whom to support have greatly if not totally diminished and disappeared as Democrats have excluded their moderates and conservatives on the national level.

Today that only moderate and conservative Democrats are the fake ones seeking to run for office, just as long as they are running in an attempt to fool voters as to what their real agendas and beliefs are.  I don't consider myself as a Republican even though I vote primarily as Republican because there are many Republicans that I disagree with or that I believe have misguided priorities but by and large they are even far more desirable than the lot of liberal Democrats who seek to totally change my way of life and that seem to decry the very Constitution that has made our Nation the great Nation that is was and is.  So maybe, rather than Independent I am more a non-Democrat anymore with hopes that one day sensible, passionate and appreciative people will choose to change the Democrat party back to being more Represenative of the Nation rather than the fringe group mentality that exist now.

One has only to listen to the candidates in the Democratic Debate to realize how out of touch and polarized this group of Democrats are and how far they have moved from the Democrats of the 1950's and early 1960's.  Maybe the Democrats have always been polarized  and radical all along but seldom, until recently, have they become anti-American and non-Constitutional minded.  No longer is there appreciation of our history and our governing documents but rather they want to accomplish government by dictation, executive order or worse judicial activism and judicial legislation from the judicial bench rather than constitutional amendments and prescribed ways of governing.  Gone is the appreciation for a great nation but rather supplanting it with rebuke and condemnation for those who made our nation great and disgust and rebuke for things considered American from flags like the Betsy Ross Flag to, as Democrat Beto O'Rourke wishes to do, elimination of the appreciation and declaration of July 4th, 1776 as the founding date of our nation to a date tied to slavery when America was still under the grip of the King of England and we were all subservient to England.  Today's Democrats are far more increasingly anti-American than ever before and what's more disturbing to me is their blatant flaunting of it which is only reinforced and rewarded by the decidedly liberal media and they are also devoid of knowledge of our American history but rather indoctrinated into a system that reviles our founding fathers.  Anymore it becomes a negative thing to do to wave an American Flag and especially one from the founding period of our Nation as with the Betsy Ross Flag.

Independent or Non-Democrat whichever is more suiting my decisions have pretty much been determined for me. 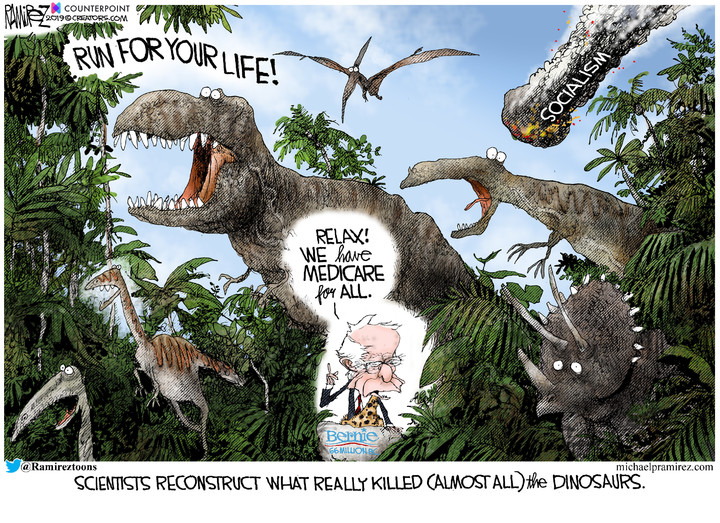 I remember when what was important was are you Bama or Auburn? Not are you republican or democrat.   I was a democrat when I was young, and then moved to more conservative libertarian.   Interesting the SC ex-governor said something about restoring the republican party.  Where I see it as the republican party has moved more to the people's party, not the "elite's" party.  Where as the democrat with super delegates still decide for their members.

I remember when what was important was are you Bama or Auburn? Not are you republican or democrat.   I was a democrat when I was young, and then moved to more conservative libertarian.   Interesting the SC ex-governor said something about restoring the republican party.  Where I see it as the republican party has moved more to the people's party, not the "elite's" party.  Where as the democrat with super delegates still decide for their members.

Take that one step further, if you listen to what most modern Democrat Presidential candidates say and what the Democrats actually are tending toward they are looking for Government to make all citizen's decisions and take Total/Absolute control.  In other words seeking domination and a dictatorship more than a Represenative government.  At least that's what it seems to me these days.

Has anyone seen any dem candidate that is not pushing the socialist agenda?

Jack HammerOld Faithful
Thump is the only candidate from any party that isn't owned by a
party. The reason I'm not a republican or why I'm an Independent
is because of the Bush clan, McCain, Paul Ryan and a number of
other rinos.
9/14/1912:29 PM
❤️ 0

Jack Hammer posted:
Thump is the only candidate from any party that isn't owned by a
party. The reason I'm not a republican or why I'm an Independent
is because of the Bush clan, McCain, Paul Ryan and a number of
other rinos.

Republican In Name Only certainly fits those but then I'm believing that there are various sects within the Republican Party as well.  Not limited to the following either as there are plenty more I believe.

2) Conservative secular believing that Christians are hurting the party

What goes around comes around ... or visa versa
3 hours ago

Remember the old community stores, Not the same but ...
3 hours ago

Anybody surprised?
2 days ago