At this stage of the game, it would be impossible to suggest that Twitter doesn’t have it out for conservative actor James Woods.

After a prolonged absence on Twitter, due to the social media platform locking him out over a ridiculously innocuous tweet, Woods made a triumphant return recently to the great pleasure of his 2.2 million followers, who see the actor as a welcome voice in the political arena.

But his return didn’t last long — 6 1/2 weeks — as Woods has once again been locked out by Twitter.

The reason behind this latest heavy-handed move being no better than the original reason from the social media platform run by co-founder and CEO Jack Dorsey.

Woods has reportedly been shut down for sharing a photograph of a drunken, naked Democrat that was already widespread on the platform.

That Democrat being Andrew Gillum, the former mayor of Tallahassee, Fla., and the 2018 Democratic nominee for governor in the state.

Gillum was found in a South Beach hotel room with a male escort, who was possibly overdosing on crystal meth. The police report said that Gillum was so inebriated that he couldn’t communicate. Indications suggest that the politician, who is married and has three children, had engaged in sex with the escort.

In addition to apologizing for his actions, Gillum announced he was entering alcohol rehab and stepping away from public life.

Woods’ girlfriend, Sara Miller, took to Twitter with the news that he has once again been locked out of his account.

“So @RealJamesWoods has been locked out of his account again for sharing ‘intimate media’ of a drunk, naked, puking politician,” she tweeted. “His response: ‘Twitter is, of course, protecting Andrew Gillum because no one should ever know how vile these Democrat scum truly are.’ #FreeJamesWoods.”

As seen in the included screenshot, Twitter’s reasoning states: “Violating our rules against posting or sharing privately produced/distributed intimate media of someone without their consent.”

This coming from a platform where graphic, uncensored ****ography can be pulled up at any given time.

Woods was very vocal about the censoring that takes place on Twitter when he was locked out before, and even intimated that he may quit the social media platform.

Jack HammerOld Faithful
Just me but AO is such a white hating anti American commie I'm
sickened by the dimwitted loony dolt faced dork.
3/26/208:35 AM
❤️ 0
JH1961Hall of Famer 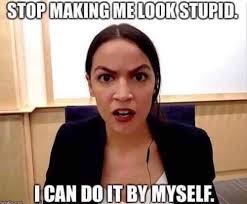 I think you misspelled Melania.

AO would've had the part if she could've read on an adult film level.

I always close my eyes when reading adult film stuff.

what are BLM and NAACP doing ?
24 minutes ago
A&E Pulls ‘Live PD,’ and COPS from TV Schedules
15 hours ago