One of the public entities that benefited “bigly” from the emergency coronavirus spending bill signed into law last week has since turned around and essentially stuck it to nearly 100 workers by furloughing them.

That entity, the John F. Kennedy Center for the Performing Arts in Washington, D.C., received $25 million from the coronavirus bill thanks to lobbying by House Speaker Nancy Pelosi.

According to The Washington Post, Senate Majority Leader Mitch McConnell had sought only to grant the center $1 million as a courtesy. But after the “socialist wish list” lobbying from Pelosi, who’d demanded $35 million, Congress settled at $25 million.

Scott Walker
✔@ScottWalker
$35 million for the Kennedy Center? $300 million for PBS? Want to read the actual document that includes these and other political earmarks for Pelosi & Co? Read it yourself here:https://assets.documentcloud.org/documents/6817883/FINAL-HOUSE-BILL.pdf … 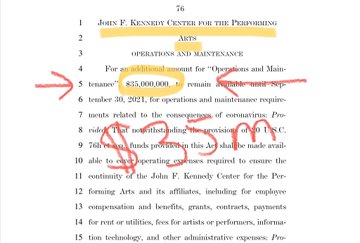 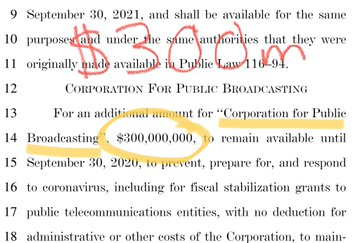 In spite of this generous Democrat-proposed bailout, the Kennedy Center has since furloughed off all 96 members of the National Symphony Orchestra.

The announcement was reportedly made to members of the National Symphony Orchestra in an email sent shortly after the emergency bill was signed into law, according to the Washington Free Beacon.

“The Covid-19 Advisory Committee was broadsided today during our conversation with [Kennedy Center President] Deborah Rutter,” the email reportedly read. “Ms. Rutter abruptly informed us today that the last paycheck for all musicians and librarians will be April 3 and that we will not be paid again until the Center reopens.”

“Everyone should proceed as if their last paycheck will be April 3. We understand this will come [as a] shock to all of you, as it did to us.”

It gets worse. The Post confirmed Saturday that during a conference call later Friday evening, Rutter warned that the 96 affected artists may also lose their health-care benefits if the center doesn’t reopen by the end of May.

Speaking with the Beacon, an anonymous veteran member of the orchestra said she and her peers were “blindsided” by the decision.

“The member welcomed the bailout package as necessary funding for the arts, but was stunned that it would not be used to cover payment for the artists,” the Beacon reported.

“It’s very disappointing [that] they’re going to get that money and then drop us afterward,” the veteran member said. “The Kennedy Center blindsided us.”

“This decision, from an organization with an endowment of nearly $100 million, is not only outrageous — coming after the musicians had expressed their willingness to discuss ways to accommodate the Kennedy Center during this challenging time — it is also blatantly illegal under the parties’ collective bargaining agreement,” Ed Malaga, president of the American Federation of Musicians’ D.C. branch, said in a statement.

“That agreement specifically requires that the Center provide six weeks’ notice before it can stop paying musicians for economic reasons.”

Rutter reportedly pushed back on the criticism via a statement issued Saturday.

“Without concerts and the corresponding ticket revenue, it is an unsustainable strategy to pay musicians to stay at home during this forced and still undefined quarantine period,” she said.

“These cuts combined with anticipated administrative staff furloughs and potential layoffs may seem drastic, however, we know the only way through this is for all union and non-union employees to participate in the solution. The other unions within the Center have also experienced this furlough and are not or will not be receiving compensation.”

n fairness to Rutter, she announced last Wednesday that she would be foregoing her own ridiculously generous $1.2 million salary:

In order to ensure that we are able to fulfill our congressional mandate and support as many of those in our workforce who depend on us as possible, I am forgoing my @kencen salary until further notice. https://twitter.com/kencen/status/1242946870382559234 …

The Kennedy Center
A Message from the Kennedy Center Regarding the Coronavirus Aid, Relief, and Economic Security Act: https://www.kennedy-center.org/our-story/message/ … 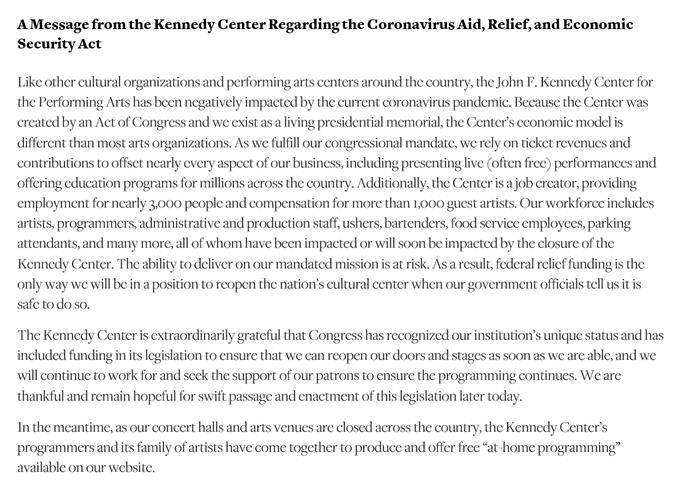 But members of the NSO don’t appear to be impressed by the gesture.

“This edict from Kennedy Center’s President Deborah Rutter, out of the blue, is illegal in various forms and will certainly be contested by expensive lawyers,” one member, a cellist, reportedly wrote in a since-deleted Facebook page.

“Thanks (NOT) Deborah for your compassion for the musicians of your National Symphony Orchestra in this time of unprecedented peril. This is not OUR fault.”

The response on social media toward Rutter and the center have been similar.

Deborah, be more like Deborah Borda @nyphil and don’t lay off your musicians and certainly don’t cut their healthcare. No musicians, no point. #musicians

Who on Earth would support the @kencen EVER after this. How can you accept $25 million in public funding and then lay off all the musicians. #givethemoneyback

sorry ,,, the money is going to democrat pockets,, none left over for peasants.  I am sure they understand since most vote democrat

Jack HammerOld Faithful
When liberals fire a shot into a conservative foot an opposite and equal
shot automatically hits their own foot. Liberals have never connected
this law because they believe they're above the law and free of all guilt
they may incur by way of their own crimes. Even though were're all in
the same boat.
Liberals and Dogs (especially the yellow version) reach adulthood with
the same intelligence of a four year old human. But then I've known and
know of some four year old's smarter than liberals, just thought I'd throw
that in for clarity.
3/30/208:59 AM
❤️ 0

If there is still a need for the following bill, which I'm sure there will be, then you can bet that Nancy and the other Democrats will be seeking to load them down with all kinds of pork and "Green" projects that they can't pass on their own.  Republicans are going to have to remain and be vigilant as time goes on for you can bet that they aren't through trying to get through what they want.  As they load up these bills they do so knowing that the sympathetic news media will not only conceal their deeds and the causes getting money but in turn blame Republicans if the bill fails to pass on the first time through never mentioning the pet projects but claiming that "heartless" Republicans are only out to protect the 1% cooperations and Rich at the expense of the poor and downtrodden.

Somehow, this will be determined to be Trump's fault.

It IS Trump's/Republican's fault.  They should have never passed it.

Jack HammerOld Faithful
The dems like nothing better than pass it back and forth, kill time and
more life's to blame Trump. This summer there had better be much
explaining just what the liberals are guilty of for the last four years.
Holding nothing back...!!
3/31/2010:18 AM
❤️ 0
Back To Top

what are BLM and NAACP doing ?
17 minutes ago
A&E Pulls ‘Live PD,’ and COPS from TV Schedules
15 hours ago