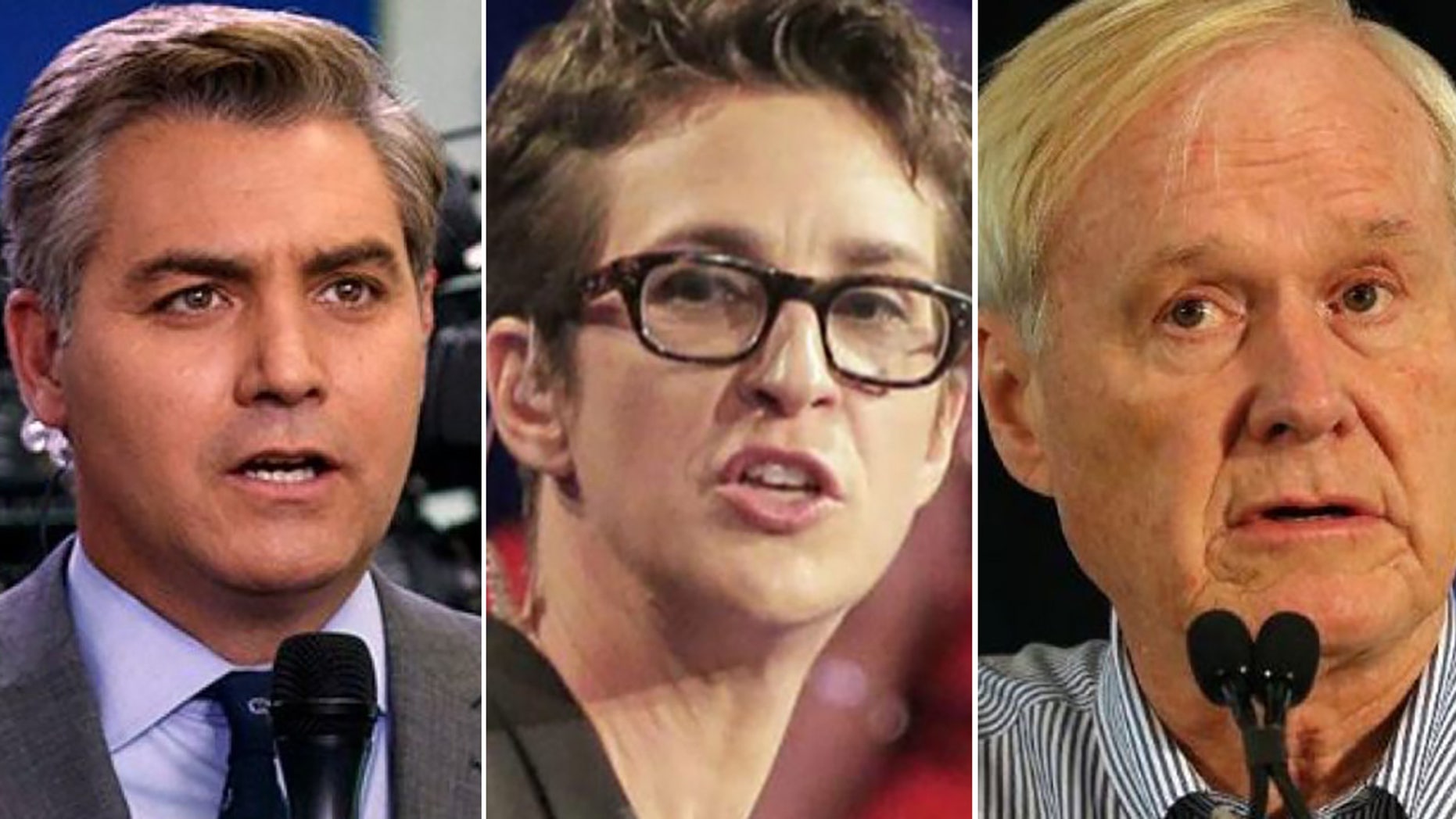 The mainstream media seemed to suffer a collective shock Friday evening after the office of Special Counsel Robert Mueller handed its final report of its Russia investigation to the Department of Justice.

MSNBC host Chris Matthews seemed livid that neither President Trump, his children, nor his “henchmen” would face any criminal charges from the special counsel.

“Maybe he missed the boat here,” Matthews said of Mueller. “Because we know about the Trump Tower meeting in June 2016, we know about the meeting at the cigar bar with Kilimnik [Konstantin Kilimnik, a Russian political consultant]. My God, we know about all of those meetings with Kislyak [Sergey Kislyak, a Russian diplomat] at the Republican convention in Cleveland. All these dots we’re now to believe don’t connect.”

The liberal cable news host was particularly upset that the president wasn’t indicted on obstruction of justice and never sat down for an interview with the special counsel.

“Why was there never an interrogation of this president? We were told for weeks by experts, ‘You cannot deal with an obstruction-of-justice charge or investigation without getting the motive. ... How could they let Trump off the hook?” Matthews asked. “He will not be charged with obstruction of justice or collusion without having to sit down with the Special Counsel Mueller and answer his **** questions. How could that happen?”

Maddow kicked off by telling her viewers she was reporting live from Tennessee because she felt she needed to interrupt her vacation to address the breaking news. She appeared to be holding back tears.

"A couple of hours ago, or maybe even less than that, I was standing knee-deep in a trout stream in Tennessee," Maddow told her viewers. "But now it's Mueller time! And so I'm in a studio in the great state of Tennessee. The trout are basically just as safe as they were when I was flailing away at them ineffectually this afternoon."

"The trout are basically just as safe as they were when I was flailing away at them ineffectually this afternoon."

Meanwhile, several personalities on CNN were forced to admit that the announcement of the Mueller report was a positive development for the president.

"There has been a lot of suspicion around certain people. And a lot of negative things have been said and imputation of criminal activity,” Toobin told “Situation Room” anchor Wolf Blitzer. “Mueller has said, ‘I am not proceeding.’ There is no better news to receive than you are not being indicted by the United States government.”

Later, CNN’s chief White House correspondent Jim Acosta said the White House was “quietly celebrating” and that the Trump administration was reacting to Mueller’s report with “a fair amount of glee.”

“I talked to a Trump campaign adviser earlier this evening who said, ‘This was a great day for America and we won,’” Acosta told “AC360” anchor Anderson Cooper. “That’s how they feel right now.”

Liberal celebrities also appeared surprised by the sudden end to the investigation.

In Hollywood, “Real Time” host Bill Maher expressed disappointment but doubled down on his negative views of the president, whom he has often called a "whiny little b----."

Outspoken anti-Trump comedian Chelsea Handler took to Twitter on Friday night and told her 8 million followers that she was “sexually attracted” to Robert Mueller.

Acosta told "AC360" anchor Anderson Cooper that the Trump administration was reacting to the breaking news of the delivery of Mueller's report to Attorney General William Barr with “a fair amount of glee.”

Acosta told "AC360" anchor Anderson Cooper that the Trump administration was reacting to the breaking news of the delivery of Mueller's report to Attorney General William Barr with “a fair amount of glee.”

Said Acosta with a fair amount of crow and other stuff on his teeth.
Was it a fair amount glee or a ton of 'I told you so'? The losers of an
attempted coup of the American government should pay by way of
laws pertaining to Treason, it's only just, if not punished they will
never stop with their illegal scam against the free Country of the
United States and mainly the freedom of its citizens.
3/23/199:24 AM
❤️ 1
Back To Top