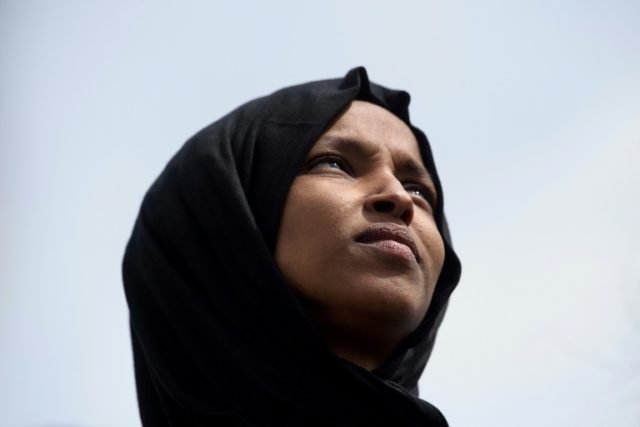 A Minnesota state ethics board investigation found earlier this month that Omar had improperly used campaign funds to pay for out-of-state travel unrelated to her state legislative duties, and to pay for legal expenses related to her taxes.

The report also found that Omar had filed taxes jointly in 2014 and 2015 with a man named Ahmed Hirsi, who was not her husband at the time. She was married at the time to Ahmed Nur Said Elmi — though Hirsi fathered her children. Omar claims to have married Hirsi in an Islamic ceremony in 2002, then divorced him before marrying Elmi legally. She then divorced Elmi before marrying Hirsi legally. However, she had filed tax returns with Hirsi before doing so.

The state ethics board’s findings raised new questions about Omar’s marriage to Elmi. For years, conservative bloggers at PJ Media, Powerline, and elsewhere had suggested that Elmi may have been her brother. (The evidence includes an Instagram post, now deleted, that features Elmi holding a child, allegedly Omar’s, and referring to her as his niece.)

On Sunday, the Washington Examiner reported it had found documents to suggest that Omar and Hirsi may not have separated during her marriage to Elmi, adding fuel to speculation the marriage may have been for immigration purposes.

A paper trail of legal documents, however, undermines Omar’s claim that her marriage to Elmi, a British citizen, came during a split from Hirsi. All available evidence suggests that her legal marriage to Elmi notwithstanding, Omar has always been in marital relationship with Hirsi.

Public documents, for instance, place Hirsi and Omar living in a home together in the Cedar Riverside neighborhood of Minneapolis in 2009, the year Elmi and Omar married, and two years before Omar claims she reconciled with Hirsi.

In February 2009, Omar and Elmi both listed their address in their marriage application as a home in Columbia Heights, Minnesota, across the river from Omar’s other address. Hirsi, however, registered a business to the Minnesota secretary of state using that as his home address just three months after Omar’s legal marriage to Elmi

A page-one story in the Minneapolis Star Tribune could neither confirm nor deny Omar’s relation to Elmi.

Omar has declined to release her tax returns — despite demanding that President Donald Trump do so.

Jack HammerPost Master
Why would anyone be surprised by what these anti and openly
enemies of America do.
America is too stupid to exist much longer. All it takes is to read
politics/news daily, sadly liberals can't comprehend and rather
not know what's going to happen next.
Like Reply (0 Likes)
Take Action

Didn't she marry her brother to get him into the US? Then he went back to England???

Since 2016, Alpha News has been following a trail of evidence that suggests Omar may have married her brother Ahmed Nur Said Elmi in order to aid Elmi in obtaining U.S. citizenship. The two were married in 2009 and later divorced in 2017. While being legally married to Ahmed Nur Said Elmi, Omar has publicly identified Ahmed Hirsi as her cultural husband and father of her children.

Omar has refused to answer questions regarding her marriage history, calling the claims that she married her brother “disgusting lies.” However, new evidence uncovered by David Steinberg of PJ Media further supports the belief that Ahmed Nur Said Elmi was indeed Omar’s brother.

According to official school records from St. Paul Public Schools obtained by Steinberg, an “Ahmed N. Elmi” was enrolled as a senior at Arlington Senior High School in St. Paul, Minnesota from September 2002 to June 2003. Ahmed N. Elmi graduated in June 2003 with a diploma.

“After an extensive background search, I have not been able to find any other person named ‘Ahmed Nur Said Elmi,’ ‘Ahmed N. Elmi,’ or even ‘Ahmed Elmi’ with the birthdate April 4, 1985. The man Ilhan Omar married and the 17- to 18-year-old who attended Arlington Senior High School in St. Paul, MN, in 2002-2003 are one and the same,” Steinberg writes.

Omar did not respond to Steinberg’s request for comment, however, she recently tweeted that the “Republican/right-wing organized propaganda machines are strong and a big threat to our democracy.” The tweet echos Omar’s comments in a recent interview with the Associated Press where refused to answer any further questions on her marriage history, saying she chooses “not to further the narrative of those who oppose us.”

Rep. Ilhan Omar refused to respond to any questions about reports that she married her brother to commit immigration fraud.

Rep. Omar was speechless when confronted with hard questions by Bexte, including if Ahmed Nur Said Elmi is her brother.

Rebel Media reports that documents pulled from the Minneapolis Courthouse indicate that while Omar was allegedly married to her brother, she was also living with another husband in Minneapolis.

In early June Rep. Ilhan Omar (D-MN) was ordered to pay a $500 civil fine for violating campaign finance law. The investigation revealed that Omar had filed joint tax returns with a man who she was not married to

And here are the orders of the Minnesota Campaign Finance & Public Disclosure Board in re. @IlhanMN requiring that she pay up, plus describe fully and disclose the amounts she paid for "immigration services" related to her divorce with 10 days. Tick tock. /3 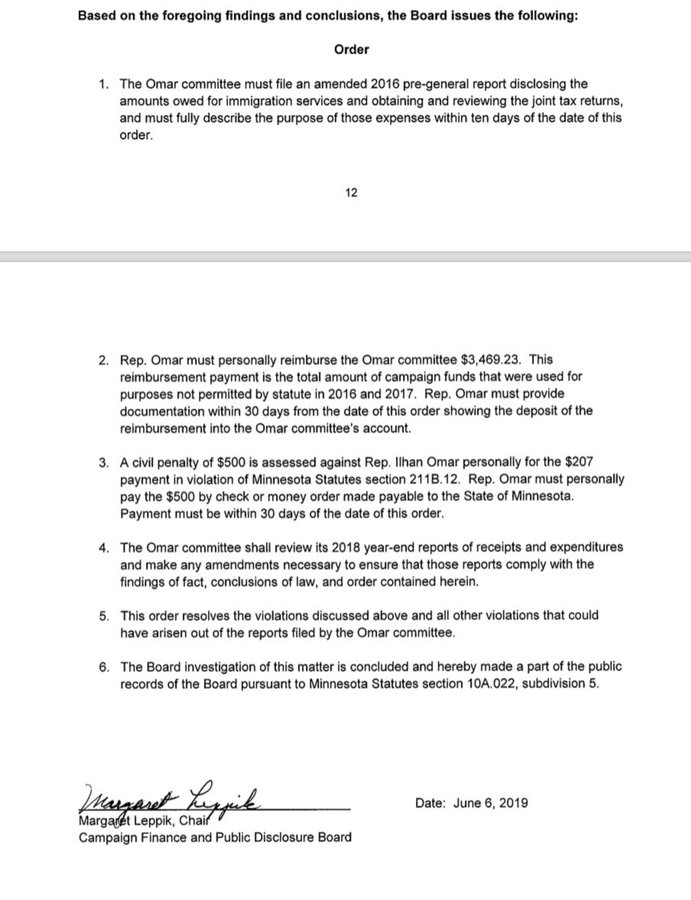 Things that make you go hmmm: Read this closely and keep in mind that @ilhanmn was legally married to Ahmed Elmi from 2009-2017 while also filing joint tax returns with Ahmed Hirsi in 2014 and 2015. Time to get federal IRS officials involved...

You mean Omar did the same thing Jared did and Republicans are outraged? Republicans showing their hypocrisy over yet another issue.

Drawing Up Sides for the Civil War
10 hours ago

The Top 5 Countries in the World
10 hours ago

Is Mustard Good for You?
13 hours ago

Is All Sin the Same to God and Therefore Punished the Same in Hell?
19 hours ago

SWAMP STENCH: The FBI deep state is hard at work
21 hours ago

A Historic Contrast ... Unprecedented!
2 days ago