Iowa prof says 'I am Antifa'; once posted desire to bash Trump with baseball bat

A college professor in Iowa openly declared his support for the violent far-left Antifa movement after coming under fire for inflammatory social media posts that included the desire to bash President Trump with a baseball bat.

Jeff Klinzman, an adjunct English professor of nearly 10 years at Kirkwood Community College in Cedar Rapids, made the remark after a local TV station questioned him over his social media activity.

“I affirm that I am Antifa,” Klinzman told local ABC affiliate KCRG-TV, which found the professor’s numerous posts both on his personal page and on an “Iowa Antifa” page. He stood behind his comments -- though added he’s willing to apologize to any Christians offended by them.

“I affirm that I am Antifa.”

The outlet reported that in one post, Klinzman shared a poem containing the words, “Kill them all and bury them deep in the ground,” to which he added the comment, “It’s not pretty, and I’m not proud, but seeing what evangelical Christians are doing to this country and its people fills me with rage, and a desire to exact revenge.”

"Seeing what evangelical Christians are doing to this country and its people fills me with rage, and a desire to exact revenge."

The professor was also an active participant in a local Antifa group on Facebook, according to KCRG, where he made the apparent comment about attacking Trump.

The Secret Service didn’t confirm to the outlet whether an investigation has been opened, but said the agency is aware of the professor’s comments.

Antifa, which is short for anti-fascist, has been facing scrutiny and calls to be labeled as a domestic terrorist organization, particularly after a series of violent incidents in Portland, Ore.

Trump appeared to be open to such consideration, tweeting last week that “major consideration” is being given by his administration to designating the group as a terrorist organization.

“Major consideration is being given to naming ANTIFA an ‘ORGANIZATION OF TERROR,’” the president tweeted just before Antifa protests in the city. “Portland is being watched very closely. Hopefully the Mayor will be able to properly do his job!”

Jack HammerPost Master
Well put on your hoodie and join your your pack of cowardly thugs
to beat up the first grandparents the gang comes across.
The first time an old timer pulls a gun, stops some of you ********
it will be dancing in the streets.
Antifa the Jackals, no better than SF sidewalk colon sludge.
Like Reply (1 Like)
Take Action 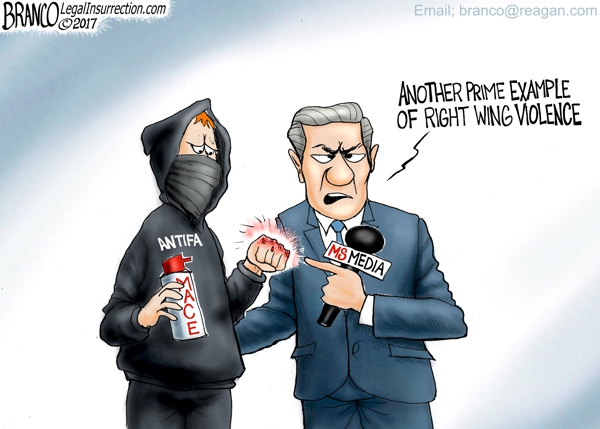 After news of Koch's death broke on Friday, Midler piled onto the crude reactions on social media with a series of tweets attacking Koch's legacy.

One of those contained a vulgar attack on Heritage Foundation president Kay Coles James, who praised Koch as a "great philanthropist and friend of liberty."

"With all due respect, Ms. James, f--k you," Midler tweeted.

Midler also apologized for initially tweeting that Charles Koch had died, noting that she didn't want to give "false hope."

"Guess it was just wistful thinking," Midler added in another tweet. "As we watch the Amazon Rainforest burning, all the #GlobalWarming culprits are foremost in one's mind."

AGAIN....who would want to save the planet for the likes of her???

No casket, no cost: Tennesseans go back to ‘natural’ burial
15 hours ago

A Russian aircraft has just been shot down by Turkey, Military offensive underway
2 days ago