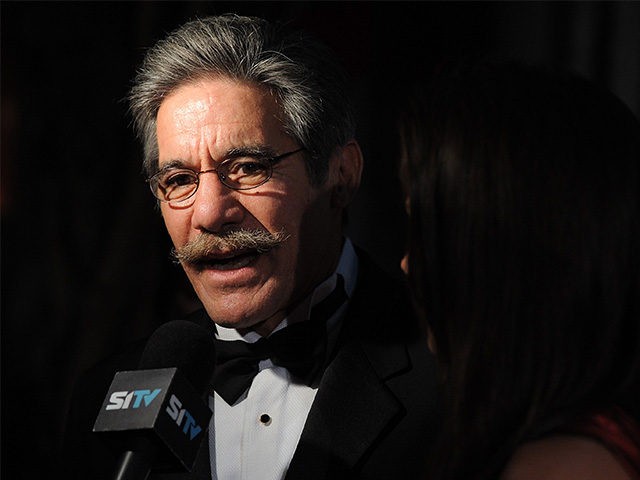 Geraldo’s recent second memoir, The Geraldo Show: A Memoir, is another horror show. He calls Israel the “Unholy Land”; describes himself as a “Palestinianist”; falsely twists the PLO/Hamas/Islamic Jihad hostage-taking and seizure of the Church of the Nativity into an “Israeli siege”; and calls his own cowardly, false attacks on Jews and Israel “courageous.”

On March 30, 2018, Geraldo told Fox and Friends that he regretted not doing more in 2002 to “back the Palestinians in their conflict with Israel, the Second Intifada.”

The Second Intifada took place over five years (2000-2005), during which Palestinian Arab suicide bombers murdered a thousand Israelis and maimed many thousands more.  My organization, the Zionist Organization of America (ZOA), and others urged Fox to fire Geraldo for thus supporting the massacre of Jews.

Geraldo’s new book contains passages that will make any normal person nauseous, as when he fondly recalls Yasser Arafat “hand-feeding” him a pile of hummus and cucumbers (emphasis added):

“[Arafat] was so keen on making friends he hand-fed us an elaborate pita sandwich piled with cucumber and hummus.

‘Taste this,’ he said, as he [Arafat] daintily put the food in our mouths.”

He also distorts facts about the Church of the Nativity siege. After Israel turned Bethlehem over to the Palestinian Authority in 1996 under the disastrous Oslo accords, Palestinian Arabs persecuted Bethlehem’s Christians; extorted and confiscated Christian homes; drove Christian shopkeepers from Manger Square; and seized and turned the Greek Orthodox monastery into Arafat’s – and later Abbas’s – official residence.

In 2002, approximately 180 Palestinian-Arab gunmen – including Fatah (PLO), Hamas, and Palestinian Islamic Jihad terrorists – seized Bethlehem’s Church of the Nativity (Jesus’ birthplace), and held the church’s monks and nuns hostage for 41 days.  The terrorists desecrated and looted the church; stole icons and sacred gold and silver vessels; urinated against the walls; and defecated on prayer books. They terrorists only agreed to leave after obtaining safe passage agreements to Gaza and Europe, and left booby-trapped explosive devices in the church.

Geraldo’s long discussion of the siege ignores these facts, including Israel’s efforts to help the Christian hostages. Instead, Geraldo absurdly calls the Palestinian-Arab terrorists welcomed “sanctuary seekers,” and falsely accuses the Israelis of laying siege to the Church. He falsely claims: “Muslim militants protected by Christian clergy sought refuge behind its [the Church’s] walls as a Jewish army laid siege.”

Worse yet, Geraldo reiterates the Al Dura “Pallywood” hoax as if It were real. He treats the fake, staged video, taken by a Palestinian-Arab propagandist, of 12-year-old Mohammed Al-Dura huddling next to his father and purportedly being killed, as demonstrating the “real suffering” of the Palestinian people.

Geraldo omits the actual facts. Detailed investigation showed that Israel Defense Forces (IDF) fire did not kill Muhammad al-Dura.  There was no evidence that the boy was even injured. Video footage showed al-Dura moving his arm and leg after the alleged killing, with no visible bloodstains. Trajectory examination showed that IDF bullets could not have reached Al Dura’s location.  The bullet holes in the wall were, moreover, from a Palestinian gun. Mohammed Al Dura’s father, Jamal, also attempted to foist a vicious libel that the IDF shot him, when in fact Jewish surgeons saved Jamal’s life after a Palestinian Arab thug knifed Jamal. He was never shot.

Geraldo also repeatedly uses anti-Israel terms.  He refers to  “imperial Israel”; he criticizes Prime Minister Netanyahu for using the geographically and historically correct term “Judea and Samaria”; and he even condemns the neutral term “territories” as “the sanitized way Israelis reference occupied Palestine.”

In fact, “Palestine” is a Roman name (not an Arab name) that the Romans invented to try to de-Judaize Judea/Samaria.  Until recently, “Palestinian” meant Jew.

Israel is not an “occupier.” The Jewish people are the only people who ever had its nation-state there  Israel has the international legal right, under the British Mandate, international treaties, and the UN Charter, to the entire area, including Judea/Samaria.

Geraldo also smears Israel by suggesting that Israel’s defensive actions make Israel like the terrorists. And, without providing any identifying details, Geraldo claims that an unspecified alleged “Israeli action” in Bethlehem, that he happened upon while walking down the street, caused many civilian casualties. There appears to be no record of such an action.

Geraldo also falsely accuses Israel of using “tanks and F-16s and these sledgehammers against thickly populated civilian towns” – outright lies. In fact, at great risk and cost to Israeli soldiers’ lives, under Israel’s strict rules of engagement, soldiers fire only in life-threatening situations, when there is no other way to repel violent Palestinian-Arab mobs who are throwing Molotov-cocktails and boulders and shooting at Israelis.

Geraldo also sympathetically describes a supposed Palestinian couple in “traditional Muslim garb,” waiting with their new baby at a checkpoint, and blames Israel for their difficulties. Geraldo omits that there would be no checkpoints if there was no Palestinian-Arab terrorism.

Today, real courage, and real adherence to the truth mean standing up for Israel. Geraldo completely twists this around:  In Geraldo’s anti-Israel view, “courage” means condemning Israel, accusing Israel of (non-existent) transgressions, and taking the side of the Palestinian-Arab terrorists.

Similarly, Geraldo calls himself a “tough Jew.”  I beg to differ.  A real “tough Jew” doesn’t lick mashed chick-pea dip off the bloody fingers of Yasser Arafat – or join the hordes of antisemites who distort and falsify the Jewish people’s history.

Geraldo has produced a defamatory book, full of propaganda lies against Israel. I believe he endangers Israel, and Jews, by promoting the Palestinian terrorists’ narrative. How he continues to work at Fox News is a mystery.

Juan Williams purpose on the shows is to counter point,  Geraldo is just a sensationalist trying to make a buck.  He goes to the high bidder

KravenOld Faithful
Continuous lying isn't a very persuasive counter point when none
of his BS makes any sense. Doesn't mean I don't like the guy, I
think he would be happier in Mexico--
Like Reply (0 Likes)
Take Action
Back To Top