So when it comes down to it why is Donald Trump so despised by the Washington elite politicians?  What are some of the things that has caused such deranged, beside themselves, seething, unprecedented behavior among the "never Trumpers" and Liberals, Democrats, media, etc...

The unprecedented dislike (and that's a mild word) for Trump has some to do with Trump himself.  Trump, for one, couldn't be bought off as he already had all the money he ever needed so wasn't beholden to anyone but the voter who put their faith in him.  One of the greatest things about Trump is his anti-Washington (uncouth) behavior and that also is a likable thing about him.  Trump doesn't care one bit about what others think of him and he certainly isn't diplomatic when it comes to relating to others, especially his political enemies.  You'll never hear Trump refer to Nancy Pelosi as an Esteemed colleague.   His critical nature when addressing folks with sharp and critical words angers both Conservatives and Liberals.  "Little" Marco, or "Pencilneck" or other critical remarks about a person.  It's things like that which drove Conservative Never Trumper's like George Will or Romney crazy.

Trump is not your general politician who seeks to cater to everyone and I also am put off by overt displays of Trump's enormous ego such as always having to get the greatest, the best, the most, etc... but then again when you have had the successes that he has had there is some forgiveness for crowing and bragging.  Some will say that Trump's greatest enemy is his own self but it's those braggadocious things that make him so attractive to voters because they know it drives the career politicians and elites crazy.  Trump may be a politician now but he is certainly not a career or typical politician.

I, personally, hope Trump is re-elected with the most historic landslide vote ever but then I know that won't happen because there are so many Americans who vote strictly along party lines and not for the candidate or what they stand for.  After all the media and Democrats have done in attempted coups I would love to see the Republicans (although so many don't deserve it) win a huge victory in both Senate and house.  Time will tell on what the effects are of what the Democrats are doing but to me it's nothing but an attempted coup because they personally hate Donald Trump.

It's actually Things like this that I cannot defend and that I personally don't like but I accept it because, to me, it's just Trump and frankly, as I said before, I know it drives those, that hate trump, into derangement oblivion territory and knowing the pain and agony it causes them and the type of people many of them are I think it can be forgiven him.

The left loved him...wanted to do business with him...be his personal friend...be invited to his parties...wanted to be near him and be seen with him...until he whupped the depends off of their chosen one Hillary!! 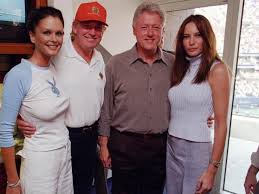 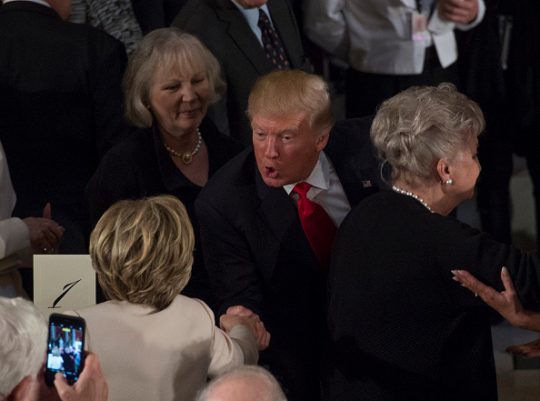 John Kelly, Trump's former Chief of Staff , says he believes John Bolton and wants witnesses
12 hours ago
Trump administration violated the law by withholding Ukraine aid, Government Accountability Office says
13 hours ago
Trump Tied Ukraine Aid to Inquiries He Sought, Bolton Book Says
15 hours ago
Pam Bondi does to Dems what they are so good at doing
18 hours ago

IS THIS TRUE? A Pandemic Is Now Unavoidable!!! Tens of Millions at Risk
2 days ago