What's funny is that this man looks like I picture all rabid lefties! Deranged...dirty...wild-eyed.

EXCLUSIVE: A New Hampshire man was arrested Thursday afternoon after allegedly assaulting a 15-year-old Trump supporter and two adults at a polling site during the state’s first-in-the-nation primary earlier this week.

The teen's mother said in an exclusive interview with Fox News after the arrest that her son is "traumatized."

Fox News has learned that the suspect got in the face of the teenage boy who was wearing a red “Make America Great Again” hat and volunteering at the Trump tent at Windham High School, a polling location for the New Hampshire primary. 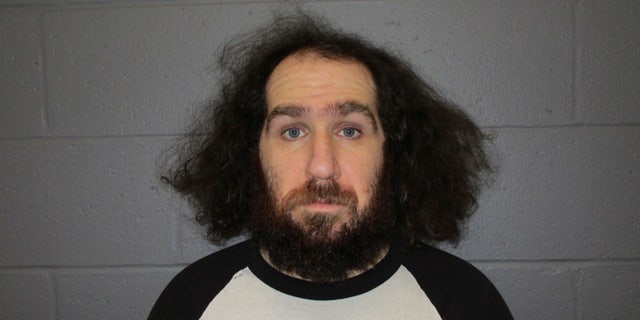 Police said the incident happened Tuesday as Bradley exited the voting location inside the high school and was walking by a Trump campaign tent occupied by several supporters. As he passed by the tent, police said, Bradley slapped a 15-year old juvenile across the face and then assaulted two other adults who attempted to intercede.

Bradley is also accused of throwing Trump campaign signs and attempting to knock over the campaign tent, police said.

In the interview with Fox News, the boy’s mother, Cathy Campbell, described the incident involving her son, requesting he remains anonymous.

“My son stayed home from school on Tuesday for a doctor's appointment and we drove by the high school to go vote. When we got there, we saw Donald Trump Jr. and Kimberly Guilfoyle, and my son was over the moon,” she said. “My son is the most patriotic kid you’d ever meet in your life.”

The Trump campaign confirmed that both Trump Jr. and Guilfoyle were at the polling place on Tuesday.

Campbell told Fox News that later in the day, her son was invited to volunteer at the polling site and hold Trump signs outside the school.

“I was apprehensive about him wearing the MAGA hat, because we know it can provoke and we know people don’t like Trump,” she explained. “But he wore the hat because he’s a proud 15-year-old and he doesn’t know what people are going to be like.”

Campbell said she dropped her son off to volunteer at the school.

“My son was standing outside on the sidewalk and he said ‘have a nice night,’ he said it to everyone. But this man was triggered,” Campbell explained. “He said ‘f--- you’ to him and wound up his hand as fast as he could and slapped him across the face.”

Campbell said that a man, also wearing a MAGA hat, came over to intervene. According to Campbell, that man now has a fractured jaw.

Campbell told Fox News that her husband is a firefighter in town and was on duty during the incident.

“He got the call about the assault and didn’t know it was our son until he got there,” she explained.

“He’s the sweetest kid,” Campbell said of her son. “He was so excited and not realizing that something like this could happen.”

Since the incident Tuesday, Campbell said her son is “pretty traumatized.”

“This guy lives in our town. It’s pretty unnerving,” she said, but added that her son has been going to school and is getting “a lot of support from his peers.”

“There will always be the people who try to blame the victim,” she said. “But he certainly did nothing wrong.”

She added: “It’s scary that you can’t express without which political party you are. People need to know how much intolerance there is right now.”

“It sickens me that people would be angry at a kid for wearing a stupid hat,” she said. “And everybody that has reached out has just talked about what an amazing kid he is.”

Campbell also explained that she and her family are “Republicans, and we are Trump supporters.”

“He’s not perfect, but he’s our president and we support him,” she said.

The incident follows other violence against Trump supporters. A Florida man, Gregory Timm, 27, is accused of ramming his van into a Republican Party voter registration tent on Saturday. An arrest report said Timm told deputies he did not like Trump and “someone had to take a stand.”

"So a leftist attacks 3 Trump supporters, including a 15 year old child, in NH this week," the president's son, Donald Trump Jr., tweeted Thursday.  "Last week a deranged leftist attempted to run over a group of Trump supporters with a car in FL. What will it take for the MSM to finally call out leftwing violence?"

“My 8-year-old was holding a sign an hour before that,” Lewandowski told Fox News. “It’s appalling and disgusting that someone is attacked physically for supporting the president of the United States, let alone a child.”

According to the Windham Police Department, Bradley was transported to the Rockingham County Jail where he is being held on a $5,000 cash bail, as well as an administrative hold for a probation violation. Bradley is expected to be arraigned Friday.

Jack HammerOld Faithful
The morons can do whatever they want to a pro Trump in that state
and be released within 5 minutes. Or any state probably.
2/15/209:34 AM
❤️ 0 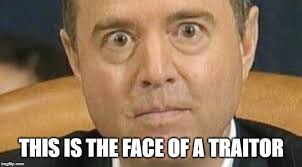 He admitted treason. what else does Barr need..??

As crazy as Kaufman too.

At Thanksgiving dinner on Long Island in November 1983, several family members openly expressed worry about Kaufman's persistent coughing. He claimed that he had been coughing for nearly a month, visited his doctor, and been told that nothing was wrong. When he returned to Los Angeles, he consulted another physician, and then checked himself into Cedars-Sinai Medical Center for a series of medical tests. A few days later, he was diagnosed with large-cell carcinoma, an extremely rare type of lung cancer.

After audiences were shocked by his gaunt appearance during January 1984 performances, Kaufman acknowledged that he had an unspecified illness that he hoped to cure with natural medicine, including a diet of all fruits and vegetables, among other measures. Kaufman received palliative radiotherapy, but by then the cancer had spread from his lungs to his brain. His final public appearance was at the premiere of My Breakfast With Blassie in March 1984, where he appeared thin and sported a mohawk (radiation treatments made his hair fall out).[83] The following day, he and Lynne Margulies flew to Baguio, Philippines, where as a last resort, Kaufman received treatments of a pseudoscientific procedure called psychic surgery.

Jack HammerOld Faithful
I would've hated to die in Los Angeles especially by way of fruits and
vegetables..
2/17/208:27 AM
❤️ 0
Back To Top

NYC Mayor Threatens to Shut Down Synagogues, Churches: But not Mosques
2 hours ago

Another one Bites the dust ... Legends Steakhouse now closed
5 hours ago

Mike Lindell responds to liberal media’s onslaught: ‘I used to think ‘are they really that evil?”
7 hours ago