???? whomever fits this description and is against this country why don't you be first.

Republicans work for a living so maybe you should hit us up for a response after we have a opportunity to get home and watch it.

OK, let me be the first to lay the wood on the fire.  Getting up and blaming the Republicans for all of his troubles is a sure fire way of getting compromise (dripping with sarcasm).  Continuing down the same dirt road he has been trying to get us to go down is not going to happen.  IF he wants the respect of those who do not support his agenda, do what Clinton did and compromise.  There is no loss of face in doing so.  The Republicans have offered compromise, yet Dingy Harry Reid and his bunch will have nothing of it.  besides, IF the Dems wanted to pass something it could be done.  They have the majority in most cases, but there are some Dems who have enough sense to back away from a train wreck when they see the cars are loaded with toxic gas.

It is not too much to ask that if the Preident wants to spend more moeny, that it be offset with savings somewhere else.  This concept is something new to Washington, since NONE of the past administrations, Republican nor Democrat, have exercised that policy and look at where we are at today.  if Obama wanted and promised CHANGE he should be willing to accept that this is one true method to affect it.  He needs to quit trying to alienate the TEA party and realize that they too have the best interest of the country at heart.  They are not the ones sucking from the government teat.

His numbers are at an all time low, with a 57% disapproval rate according to the very liberal MSNBC.  Other polls have shown even worse numbers.  These are shadowed only by the apalling 87% disapproval rate of Congress.  The whole ******* den of rats needs to be set upon. 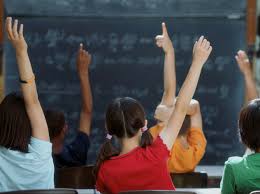 I'm overjoyed to be the "first" to smack your Goober-assed, injection into the world of "cyber-space", "beam me up from My Moms basement" mentality...into ...DIRT!

By Chris Cillizza and Sean Sullivan, Published: July 24 at 6:30 am

President Obama and his senior aides are billing Wednesday’s speech at Knox College in Illinois as a major moment in his second term, a unique opportunity to restart a debate over the right way forward for the nation’s economy on his terms.

“Our goal … is to lay out a vision and a plan, and then to just keep on pushing — not just legislatively, but across the board — so that we’re changing the nature of the conversation and focusing on what matters,” Obama said in a preview of the speech at a fundraiser Monday night for Organizing for Action, a grass-roots group manned by several of his former campaign aides.

“Vision.” “Plan.” “Changing the nature of the conversation.”  Obama was laying down a marker; this was going to be a b-i-g speech. Mark it on your calendars.

And yet, during that same OFA fundraiser, Obama acknowledged that no matter how lofty his goals or his rhetoric, the fundamental realities of the politics of the economy were almost certain to remain unchanged. ”I’m excited about the speech, not because I think the speech is going to change any minds,” he said.

In the latest Washington Post-ABC News poll, 45 percent of Americans approved of how Obama is handling economic issues while 49 percent disapproved. A year ago, 44 percent approved of Obama’s economic approach — a number statistically unchanged despite the fact that the president swept to a second term thanks, at least in part, to making the 2012 election a referendum on his economic priorities.

A look even further back suggests a remarkable stability in Obama’s numbers on the economy. In October 2010, just before Republicans won 63 House seats to reclaim the majority, 44 percent of Americans approved of Obama’s approach to the economy in Post-ABC polling. Go back a year before that — December 2009 — and Obama’s economic approval is 46 percent.

The numbers simply don’t move — or, if they do, they quickly snap back. No speech — no matter how eloquent or well delivered — can or should be expected to change that dynamic.

By this point in his presidency, most people have made their minds up — about Obama and about how he is doing on the economy.  Speeches won’t change those minds. Then again, nothing else will, either.

Best comment: The bottom line for our economy is this - we have an unprecedented number of under-employed and part-time workers. And that is driven largely, and predominantly, by the fact that the business community continues to be relucant to spend their available cash on human capital because they simply don't trust this President and his tone towards them.

Bozo's economic policy doesn't need criticism from anyone, the lousy results say it all..

my guess is there will be much criticism...constructive criticism ain't always a bad thing ,but its doubtful we will hear much constructivity...it is possible to disagree without being disagreeable , that can be useful toward solving problems and differences...nothing un-American about that....regarding 'domestic terrorism' , its my understanding that the majority of born and bred Americans are potentially 'domestic terrorist'....as for the economy , i'm skeptical because it appears to be based on a fake currency backed by basically nothing and controlled by a fake entity (Federal Reserve) and self-serving interest (banksters / speculators)....so go ahead and call me a crazy lunatic or whatever , i'm too old and cranky to care what most keyboard jocks think of my opinions

hahahaha i'm laughing. it's soooo funy you same geese line up to squawk. dire is busy scrambling to get back on his feet. that speech was a knockout,lol

Even the liberal press isn't buying his load of cow manure any more!  From the Washington Post:

You could be forgiven if you thought you had heard President Obama’s speech on the economy today before. Because you have.  For most of the 2012 campaign. (Don’t trust us, read Obama’s 2012 acceptance speech at the Democratic National Convention.)"

"That was a lot of hype for very little policy"

Yeah, even the liberal press is starting to see th error of their ways.  Eventually the house of cards the Dems havecreated will start to fall.  It has been teetering for some time.  Now that Bernake has cut off the money, and the people have seen that sequestration of some government services is not a bad thing, all the while the Obamas are living La Vita Loca on vacation while most people are struggling with high gas and gocery prices. QD is right, it is pretty ******* hilarious to watch the cuckoos who voted for the menace to society as they salivate and try to find some good in what he regurgitates.

Sequestration will hurt some areas with high government and military employment, but not the economy as a whole.  The $85 billion the government would have borrowed and spent, was, instead, used by the private economy.  Hopefully, at a profit and the government will receive a bit of revenue and cut back a bit on borrowing.

Q, I think Obama is in way over his head and I strongly disagree with pretty much everything he stands for. That being said, I am not a domestic terrorist, and take offense to such a blanket statement.

BTW,what exactly has he done that you think is helpful to the future of our country?

carl, you were watching fox or you wouldn't have ask such a silly question.

Living in your dark, dank mother's basement, surviving on junk food bought with your EBT card, causes delusions to those like QD.

Dire, why do you say that??? I thought we were on the same side of the fence.

Living in your dark, dank mother's basement, surviving on junk food bought with your EBT card, causes delusions to those like QD.

LOL Carl he thinks you live in yo mamma's basement

Dire, why do you say that??? I thought we were on the same side of the fence.

Sorry, that was directed towards QD, not you. Pardon any misunderstanding.

roland you will be bahhhhhn' now that you are  blackmailing here on this public forum. apparently you have not considered the weight of this  felony on your part. let me remind you that a threat to do harm by the US Mail or electronic communication is a felony. You might just read up on what yourself and snowden both have conspired.

I'm still waiting for an answer regarding: 'What was 'phony' about Bengazi and the deaths that resulted from THE CURRENT administration's INCOMPETENCE?'

Even Obama admitted that the IRS's actions were wrong, as did Lois Lerner, before she took the fifth. I remember people that took the fifth before Congress were communists, Na^zis, KKK and mafia.  So far, responsibility has gone from a pair of rogue agents in Cincinnati, to the IRS Chief Counsel in DC, an Obama political appointee.

roland you will be bahhhhhn' now that you are  blackmailing here on this public forum. apparently you have not considered the weight of this  felony on your part. let me remind you that a threat to do harm by the US Mail or electronic communication is a felony. You might just read up on what yourself and snowden both have conspired.

I suppose I should expect a "US Postal Inspector" to arrive at my door any minute now?

Maybe you should update you "Idiots Guide to the US Legal System"...

As no physical or fiscal threat was made, nor was payment or other exchange demanded, no crime exists.  Fortunately, for QD, being dumb only violates the Darwin laws.

Not a lawyer, however, my profession required I spend time with them.

As no physical or fiscal threat was made, nor was payment or other exchange demanded, no crime exists.  Fortunately, for QD, being dumb only violates the Darwin laws.

Not a lawyer, however, my profession required I spend time with them.

My reply to the "halfwit stalker" still stands...