The search for a 3-year-old girl who was kidnapped from a birthday party in Birmingham, Ala., has ended after police said Tuesday they believe they found her remains in a trash bin.

Kamille “Cupcake” McKinney vanished Oct. 12 after she had been playing with other children at an outdoor birthday party around 8:30 p.m. at the Tom Brown Village housing community. 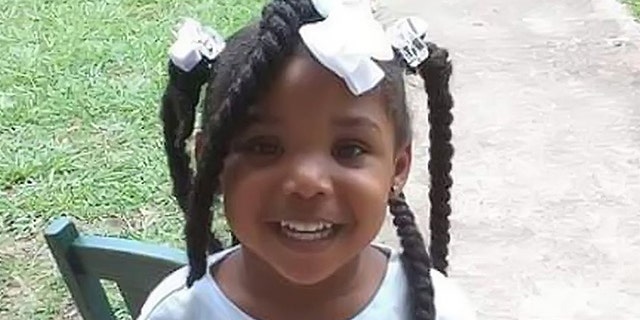 Police Tuesday said they found the remains of a 3-year-old believed to be Kamille inside the trash bin near a landfill in Birmingham after they’d been scouring the city’s trash.

Brown had been in custody, and Stallworth was taken into custody after investigators “placed together the last pieces of the puzzle," Smith said, adding that the suspects had no relationship with Kamille or her family.

"The heart of our state is broken," the governor wrote, "but our resolve must be to do everything we can to avoid this tragedy from happening to another family. Our prayers are with Kamille’s family and all who have been touched by this nightmare."

Smith said Kamille’s family had not made public pleas for the girl's return at the request of investigators. But the father of Kamille, 27-year-old Dominic McKinney, had told AL.com that he just wanted his "Cupcake" back.

“I just want my daughter back. I’ll pay anything, I’ll put up anything,’’ he said. “Everybody knows Cupcake, and I’ll do anything to bring that baby back home.”

McKinney said he named his daughter Cupcake because "when she came out, she was all cute and red with little brown eyes and I said, ‘That’s my cupcake.’”

“I’m just trying to stay strong for Cupcake mainly. This isn’t about nobody else, this is about Cupcake. Bringing Cupcake home and bringing these people to justice,” her grandmother, Lekisha Simpson, told WBRC in the midst of the search. “I just want to say to that person, let her go. Do the right thing. It could have been you. It could have been your child. Anybody, just let her go.”

"I hope this message is not lost,” Smith said after delivering the tragic news. “It only takes a split second. We can no longer assume everyone is a part of the village trying to raise the child."

Birmingham Mayor Randall Woodfin reiterated that the entire community was mourning alongside McKinney and Camille’s mother, April Thomas. He asked the community not to take sides and “not to fingerpoint -- only at the perpetrator.”

Brown had already done time in prison for kidnapping.

All these liberal rags follow the same lie
8 hours ago

What is Antifa, the far-left group tied to violent protests?
9 hours ago