The absolute worst case of professional incompetence and dishonesty is in the area of climate science.

Tony Heller has exposed some of the egregious dishonesty of mainstream environmentalists in a video he's titled "My Gift To Climate Alarmists." Environmentalists and their political allies attribute the recent increase in deadly forest fires to global warming. However, according to the U.S. Department of Agriculture's Forest Service, forest fires reached their peak in the 1930s and have declined by 80% since then. Environmentalists hide the earlier data and make their case for the effects of global warming by showing the public and policymakers data from 1980 that shows an increase in forest fires. 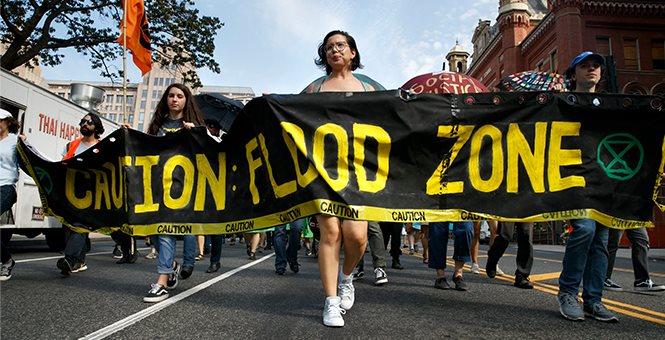 You might ask: "Who is Tony Heller? Does he work for big oil?" It turns out that he is a scientist and claims to be a lifelong environmentalist. From what I can tell, he has no vested interests. In that respect, he is different from those who lead the environmental movement, who often either work for or are funded by governments.

Once in a while environmentalists reveal their true agenda.

"One has to free oneself from the illusion that international climate policy is environmental policy. Instead, climate change policy is about how we redistribute de facto the world's wealth."

the true aim of the U.N.'s 2014 Paris climate conference was "to change the (capitalist) economic development model that has been reigning for at least 150 years, since the Industrial Revolution."

"No matter if the science is all phony, there are collateral environmental benefits. ... Climate change (provides) the greatest chance to bring about justice and equality in the world."

Tim Wirth, former U.S. Undersecretary of State for Global Affairs and the person most responsible for setting up the Kyoto Protocol said:

Not all scientists are dishonest and not all news reporters are leftists with an agenda. But one wonders at the deafening silence where there's clear, unambiguous evidence.

For example, if ocean levels have been rising for some 20,000 years, why do scientists allow environmentalists to get away with the claim that it's a result of man-made global warming? Why aren't there any reporters to highlight leftist statements such as those by Edenhofer, Stewart and others who want to ride global warming as a means to defeat capitalism and usher in socialism and communism?

I would prefer to think that the silence of so many scientists represent their fears as opposed to their going along with the environmental extremist agenda.

Jack HammerOld Faithful
Mother Earth has always been in control of the earth and it's climate,
not lying liberals and their communist agenda.
11/25/199:17 AM
❤️ 0
JH1961Everybody Knows My Name

The ONLY factors that can affect  'long-term' (20yrs or more) climate change are  mega asteroid strikes, Earth's tilt on its axis, Earth's relative position to the Sun, and solar activity.

Seems like Yellowstone is about to dust up the place.

IF Yellowstone erupts in the manner it has the past 3x, the majority of Earth will be in the grips  'nof auclear winter' for about 10 years, give or take a year or two.

Jack HammerOld Faithful
In that case we should drill a 25 foot diameter hole to the core of the
problem and bleed off the magma onto San Francisco in a southerly
direction. Also Washington and Oregon which needs to be rebuilt by
Americans anyway, no loss there either. Do NOT touch the Red Woods.
11/26/199:00 AM
❤️ 1
JH1961Everybody Knows My Name

NASA is actually thinking of drilling into and flooding Yellowstone's maga chamber with water to solidify it. I'm thinking this would result in a MASSIVE steam explosion, as the maga chamber currently holds over 5,000 cubic kilometers of magma.

NASA is actually thinking of drilling into and flooding Yellowstone's maga chamber with water to solidify it. I'm thinking this would result in a MASSIVE steam explosion, as the maga chamber currently holds over 5,000 cubic kilometers of magma.

I could have just missed the ending but I was thinking about the eruption in Hawaii. It seems it was in the news 24-7 and they were showing the progress as it ate up roads and homes...and then suddenly...not another mention of it...that I saw.

This one seemed to be a big deal to them.

Jack HammerOld Faithful
I don't believe NASA understands how many gallons  yards of water
needed per second to keep the water from becoming steam
immediately.
Anyway, who would be stupid enough to hold the hose,
11/26/192:49 PM
❤️ 0
JH1961Everybody Knows My Name

IF Yellowstone were to erupt on the scale of prior eruptions, over 100,000 people will die instantly.  The total LACK of U.S. media outlets discussing this FACT borders on the criminal. On the other hand, European media is constantly reporting on it.

I couple of years ago, one of my students interned for a month at Yellowstone. He reported that there were over 400 micro-quakes recorded in the month that he was there. Historically, earthquake swarms are a harbinger of bigger seismic events. A major seismic event could very well trigger an eruption.

Jack Hammer posted:
I don't believe NASA understands how many gallons  yards of water
needed per second to keep the water from becoming steam
immediately.
Anyway, who would be stupid enough to hold the hose,

Is there a conflict here?
8 hours ago
James Woods shut down by Twitter, AGAIN, over widely-shared photo of naked democrat
13 hours ago

The cat is out of the bag!
17 hours ago
Not your President?
19 hours ago
The Story of CornPop-LOL!
20 hours ago

Americans need help. Democrats must stop blocking it.
1 day ago