Teen girls sue to win back their sport

Three female athletes have stepped forward at a Connecticut high school in an attempt stop the biological males who are competing against them – and dashing past them – on the high school running track.

Two years of speaking out

OneNewsNow reported in June 2019 that Soule and ADF filed a complaint with the U.S. Dept. of Education Office for Civil Rights, asking the federal agency to investigate allegations of Title IX discrimination by the CIAC.

A year before that complaint was filed, OneNewsNow was reporting that some coaches and parents in Connecticut were speaking out on behalf of their female athletes.

“This is a big issue a lot of coaches have – that we've got to do something,” a high school coach told the local newspaper. “But how come you're not saying anything?"

The most likely reason is fear of backlash for “transphobic” actions against male runners such as Terry Miller (pictured at right), who was blowing past girls and setting new state records but is viewed by LGBT activists as a hero.

A second male runner, Andraya Yearwood (pictured below), was featured in a glowing documentary about transgenders and was welcomed at GLAAD headquarters in New York City.

A sympathetic story about Yearwood published at Bleacher Report, a sports website, hailed Yearwood as "one of the fastest teens in Connecticut" and asked why some people don't want "her" to run.

"Because," the story explained, "this 17-year-old Black transgender girl represents what they are afraid of: no longer being the norm."

An ADF attorney told OneNewsNow last year that Soule, meanwhile, has become an enemy of the school district for fighting the CIAC policy.

“We know from both common sense and from science that males are generally bigger, faster, stronger,” she says. “They have bigger lungs and hearts, and stronger muscles, denser bones, all of which together gives them a physical advantage over their female competitor."

ADF is keeping track of the wins that are literally being taken from female athletes: Since 2017, Miller and Yearwood together have won 18 girls' state championship titles. Those titles were spread among 16 female athletes during the 2016 season.

"When you allow males to compete in the girls' category,” Holcomb says, “you're fundamentally destroying that level playing field."

Penny Nance of Concerned Women for America shared much the same prediction recently when she was interviewed on American Family Radio about the emerging legal fight in female sports.

America is Still Free to a Fault 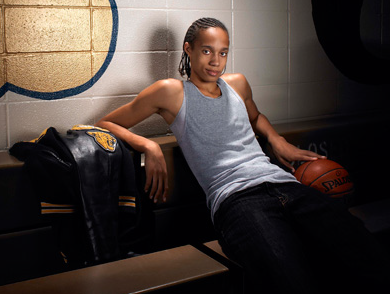 I don't understand why anyone would play against him.

NYC Mayor Threatens to Shut Down Synagogues, Churches: But not Mosques
3 hours ago

Another one Bites the dust ... Legends Steakhouse now closed
6 hours ago

Mike Lindell responds to liberal media’s onslaught: ‘I used to think ‘are they really that evil?”
8 hours ago