Thank you, Jalen: Tribute to a Crimson Tide legend

This is an opinion cartoon.

You played hard. You left it all out all on the field. And in our hearts. You are everything that’s right about sports. About young people. About humanity. Strong. Confident. Explosive. Faithful. Humble. Selfless. Loyal. Resilient. Team first. A role model.

You’re 20 years old, and you are a winner. A Crimson Tide legend. 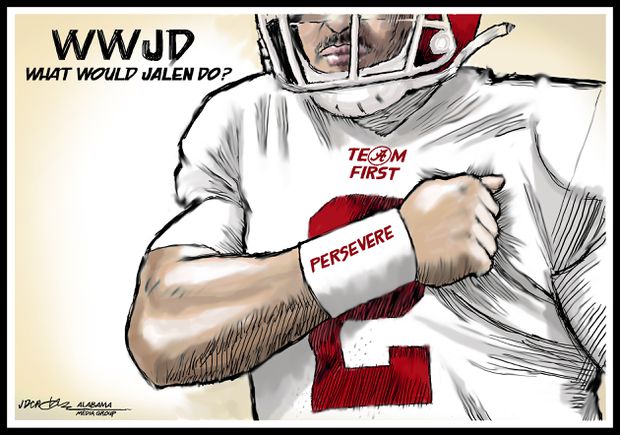 Jalen Hurts is a breath of fresh rare

By putting his team first, Jalen Hurts ultimately did what was best for himself

You left your mark on Alabama and on the SEC. Now you’re headed to the Big 12 for your final season of college football. And that’s OK.

Jalen Hurts is headed to the Big 12.

Hope to see you on stage with Tua at the next Heisman Trophy ceremony, and on the field in the next College Football Playoff. But that’s all wishy-wish fantasy football fan lagniappe. You’re a winner, dude. Go out there and be yourself. 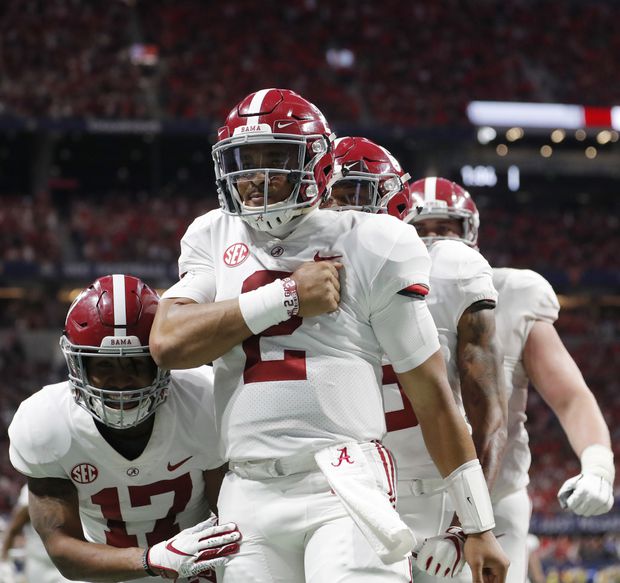 How Jalen Hurts regained control of his narrative

Jalen Hurts once lamented that he lost control of his own narrative. He has made a painstaking effort to regain control of it, and there is no doubt he has after he announced he is transferring to Oklahoma.

You have at least one adopted state of rabid football fans rooting for you.

What is Antifa, the far-left group tied to violent protests?
11 hours ago

All these liberal rags follow the same lie
2 days ago