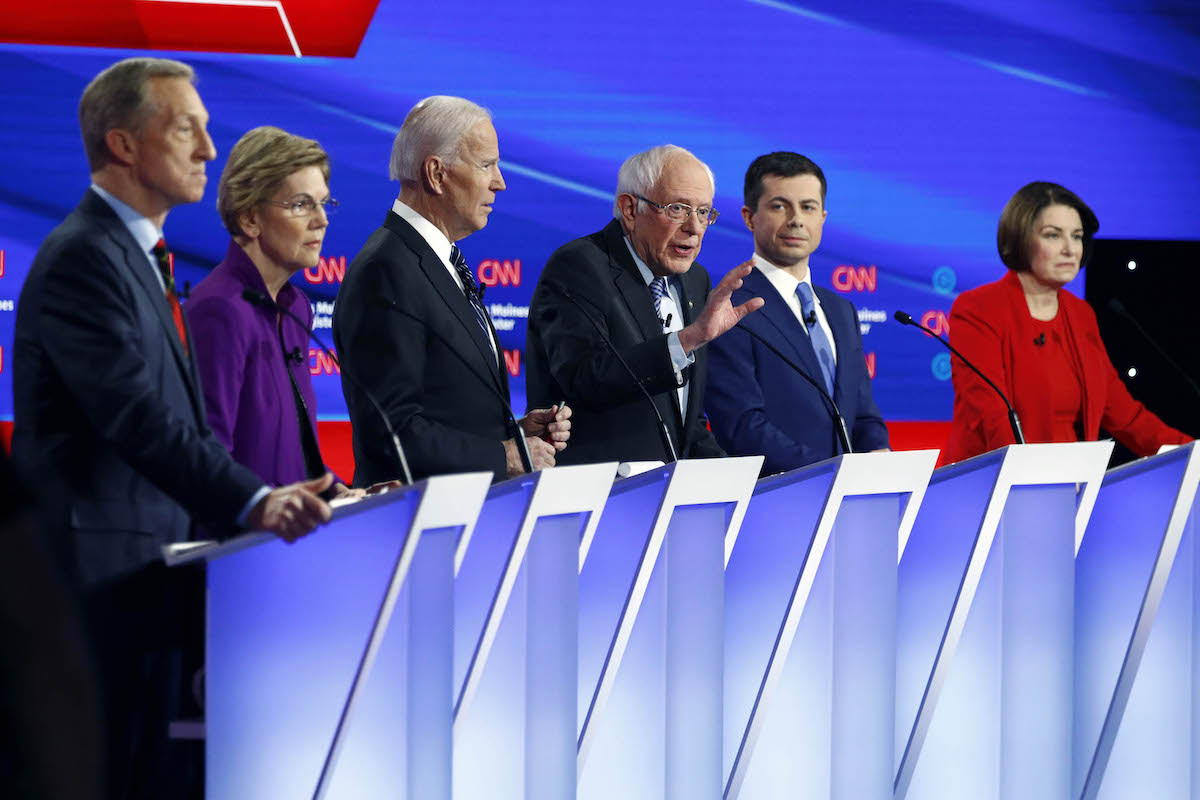 We analyzed the Democratic frontrunners' stump speeches. Here's our take on Pete Buttigieg

One of the great things about being a journalist is that we get spend our days watching elections play out. It's a privilege to witness history, and our best work gives you, our readers, a window onto the most important moments. This week, we wanted to take you on the campaign trail to witness the Democratic candidates for president give campaign stump speeches and to read our fact-checks of their claims.

We call it the PolitiFact Stump Speech Analyzer.

Below, I include our report on Pete Buttigieg, by PolitiFact reporter Miriam Valverde. Go to our website to read reports on for Joe Biden, Amy Klobuchar, Bernie Sanders and Elizabeth Warren.

As he seeks the Democratic nomination for president, Pete Buttigieg tells primary voters that being in his 30s and a relatively new face on the national scene will help Democrats win on Election Day. History has shown that voters like a candidate who represents a new generation of leadership, he says.

Buttigieg in campaign speeches doesn’t directly attack other Democrats competing for the nomination — a group that includes contenders in their 70s and with experience in federal office, such as a former vice president and U.S. senators. And he doesn’t necessarily say President Donald Trump’s name in remarks that clearly take aim at Trump’s policies and administration.

Protecting one another in the 21st century means dealing with cyber and election security, Buttigieg told voters in West Sacramento, Calif., "you can’t fix that with 17th century technology like putting up a wall."

Buttigieg generally doesn’t dive into the specifics of his policies. Instead, he talks about broad concerns and values that he says all Americans share. He says that values that unite Americans, such as love of country, national security, patriotism and faith, are being manipulated to create division in the country.

But "God does not belong to a political party," he says, and the Second Amendment should not be "twisted into an excuse" to do nothing about gun safety.

Buttigieg says his campaign is about inclusion and speaks with optimism for the future. He promises a forward-looking presidency focused not only on how policies will affect Americans immediately, but in decades to come.

Biggest applause line: "Protecting one another means things like putting an end to the threat of white nationalist violence before it takes one more life in this country or anywhere else in the world."

Post-Trump vision: Buttigieg says that the nation will remain divided once Trump leaves office, but he sees himself as the candidate who can unify the nation.

Music: "High Hopes," by Panic! at the Disco.

Anything else: Buttigieg seems self-aware of his scholarly background and alludes to it in a Q&A segment with voters in California: "Can I get a little academic for just a second?" When asked about his favorite book, he named among them Ulysses by James Joyce. "I don’t know if this is a crowd-pleasing answer," he said to laughter. Buttigieg said it was a "complicated, sophisticated" book about one person going about his life and the importance of the everyday, "which I believe is also the key to good politics."

The Virus
3 hours ago
Mike Lindell responds to liberal media’s onslaught: ‘I used to think ‘are they really that evil?”
4 hours ago

Jemele Hill: The Only Acceptable Acts of Charity Come From Those Who Are Anti-Trump
11 hours ago