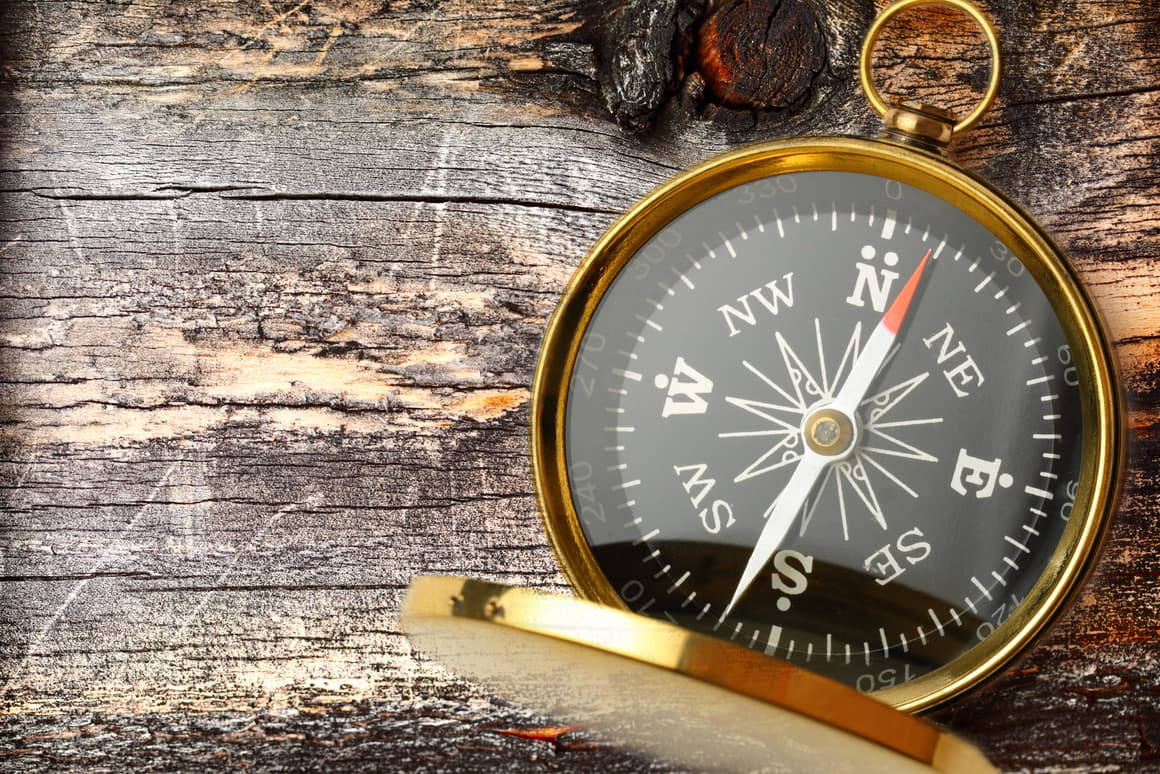 If you're annoyed that your pocket compass doesn't point exactly to true north, then head for Greenwich, England, where magnetic north and true north are synching over the next two weeks for the first time in 360 years. According to the British Geological Survey (BGS), this will have no impact on GPS systems or the practical use of magnetic or gyro compasses.

We're used to the idea that "north" is a fixed direction pointing unerringly toward the North Pole, but it's not as constant as popularly thought.

In fact, there are two versions of north. There's true north, which is what we call the line from the equator to the North Pole, which only shifts a few inches a year due to a wobble in the pole's location caused by tidal forces. Then there is magnetic north, which is what you read on a magnetic compass and changes as the magnetic north pole, which is located hundreds of miles from the north pole, drifts over the arctic.

This is because the Earth is essentially a gigantic dynamo, generating a powerful magnetic field as the molten core of the planet rotates. However, this field is very uneven because of the effects of the Sun, the interior dynamics of the Earth, and the uneven nature of the crust.

If you've ever looked at a navigational chart, you've seen how this plays in real life because the chart will have a note saying how much east or west magnetic north varies from true north, and by how much and in which direction it's drifting. This angle is called the declination and, according to BGS, this has been in negative numbers over Britain for the past few centuries, causing compass needles to point several degree west.

As the magnetic north pole has recently moved west at a speed of about 20 km (12.4 mi) per year, this has carried the line of magnetic zero declination, called the agonic, with it, narrowing the gap of true north and magnetic north over Greenwich.

This is significant because it is a line at the Royal Greenwich observatory that defines the prime or zero meridian of longitude and it was here that a magnetic observatory operated from 1676 to 1836, when the increased use of iron and electricity in the vicinity, especially in railways, eventually forced a new magnetic station to be established in Abinger, south of London, in 1926. Since then, BGS has opened three more such observatories in Shetland, Dumfries, and Hartland

"At some point in September, the agonic will meet zero longitude at Greenwich," says Ciaran Beggan, a geomagnetism scientist with the BGS. "This marks the first time since the observatory’s creation that the geographic and geomagnetic coordinate systems have coincided at this location. The agonic will continue to pass across the UK over the next 15 to 20 years. By 2040, all compasses will probably point eastwards of true north. It is, at present, impossible to predict how the magnetic field will change over decades to centuries, so the compass may well point east of true north for another 360 years in the UK."