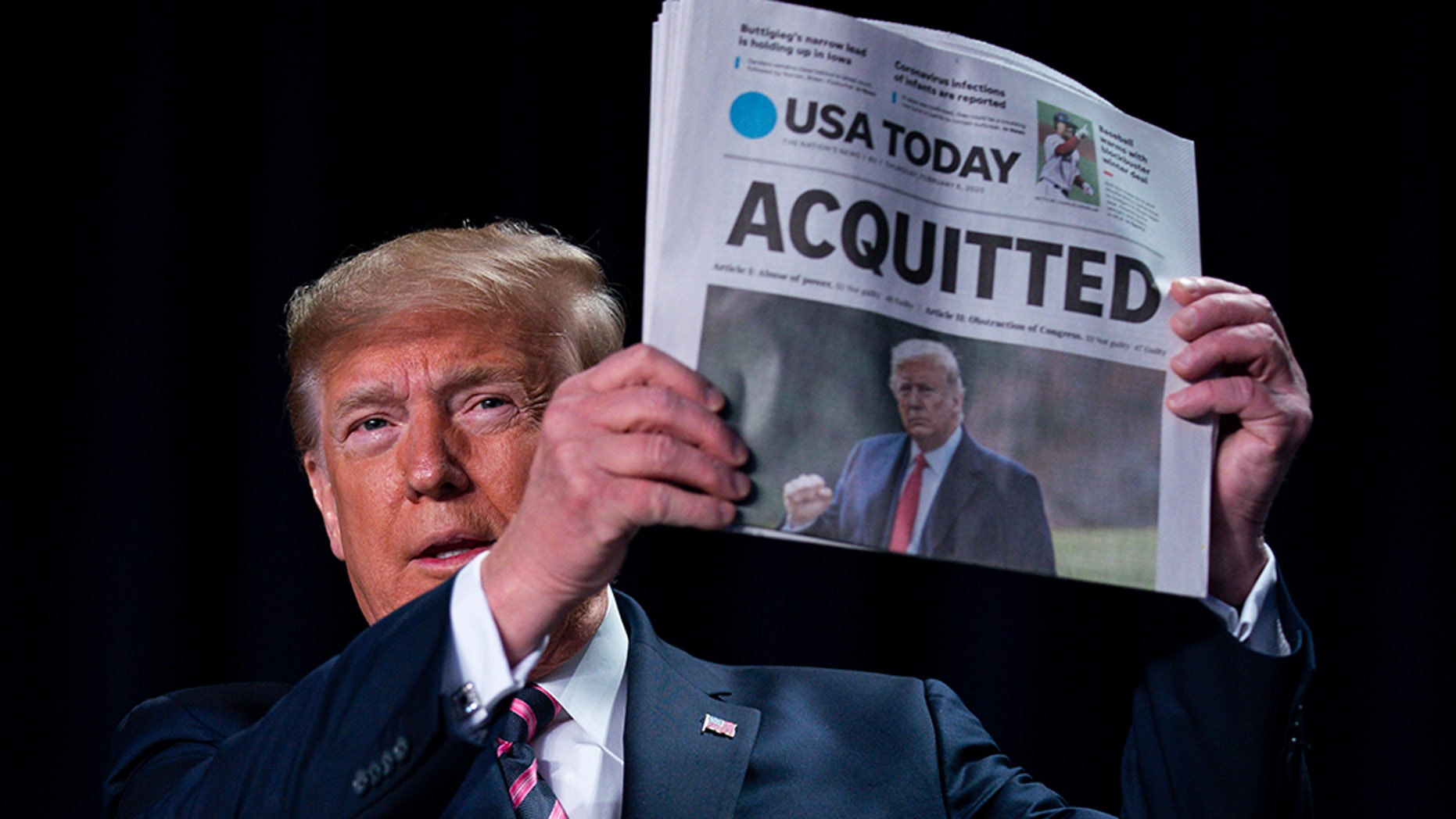 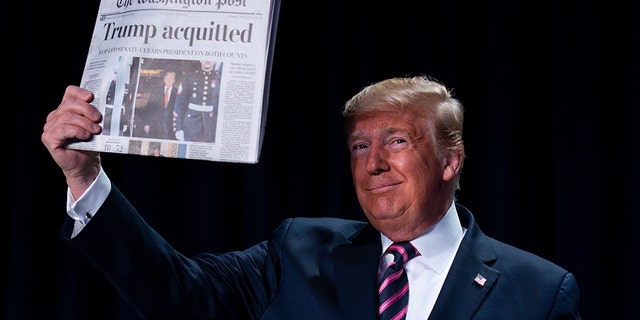 President Trump proudly displayed two newspapers with blaring “Acquitted” headlines Thursday morning, waving them before a National Prayer Breakfast audience in his first appearance since he was declared not guilty in his Senate impeachment trial.

The president brandished the headlines mere feet from House Speaker Nancy Pelosi, D-Calif., after both arrived at the breakfast.

Trump first picked up a USA Today newspaper and presented it before the audience. He then put it down and picked up a copy of Thursday’s Washington Post, which had a similar headline.

He later addressed the audience and took some not-so-subtle swipes at Pelosi once more.

"I don't like people who use their faith as justification for doing what they know is wrong, nor do I like people who say 'I pray for you' when you know that is not so," he said. Pelosi had publicly said during the impeachment process that she and fellow Democrats were "prayerful" and that she prays for the president.

For Trump, the moment was payback not only for impeachment but her conduct at the close of Tuesday's State of the Union address.

Following his speech, Pelosi tore up the pages of the speech in full view of the cameras, shocking lawmakers.

The Senate, meanwhile, on Wednesday acquitted Trump on both articles of impeachment against him—abuse of power and obstruction of Congress—following a weeks-long trial.

In the final vote, all Democratic senators supported convicting the president of both articles, including swing-vote moderate Sens. Joe Manchin, D-W.Va., Kyrsten Sinema, D-Ariz., and Doug Jones, D-Ala. The only party defection was on the abuse of power charge from Sen. Mitt Romney, R-Utah, who declared hours before the final vote that Trump had engaged in as “destructive an attack on the oath of office and our Constitution as I can imagine.” Romney, though, voted not guilty on the obstruction charge.