“In an unsigned statement, the National Oceanic and Atmospheric Administration (NOAA) said that "information provided by NOAA and the National Hurricane Center to President Trump and the wider public demonstrated that tropical-storm-force winds from Hurricane Dorian could impact Alabama." The advisories in questionwere dated from Wednesday, Aug. 28 to Monday, Sept. 2, the agency said.”

Still doesn’t excuse the trumpcast from 3 September.  The smartest president ever should have known not to use an outdated forecast.

trump has clothes on... don't you see them? 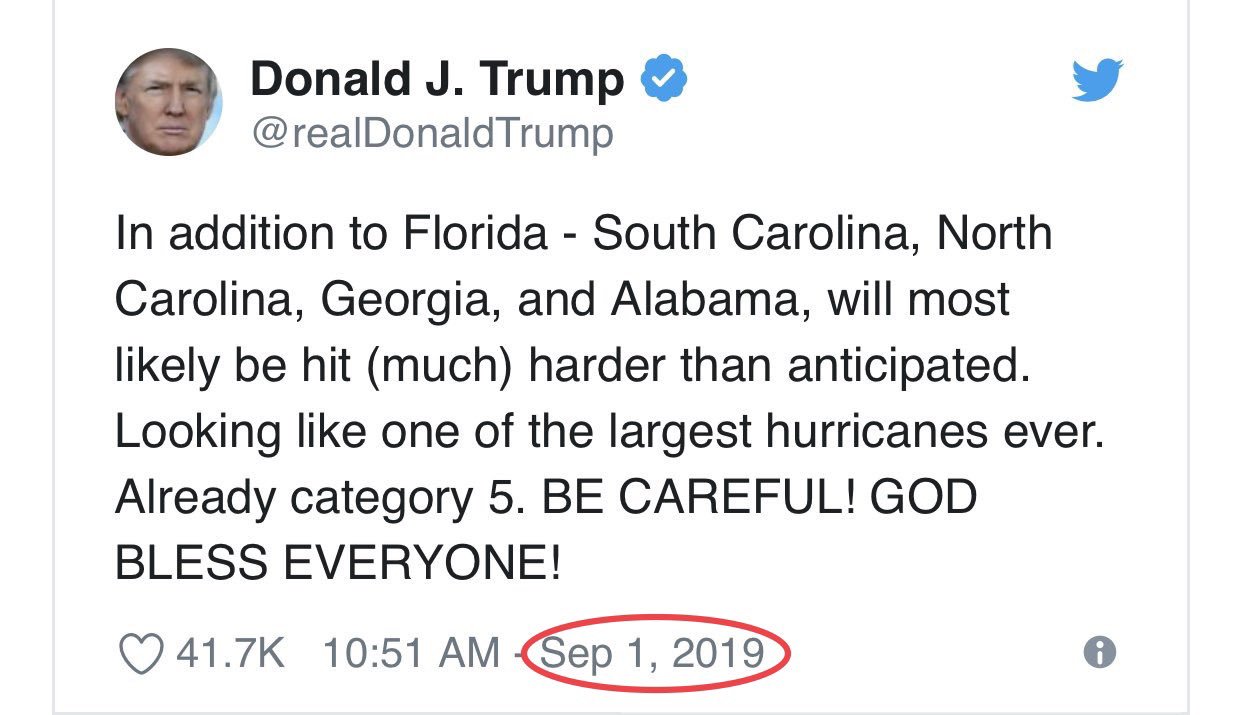 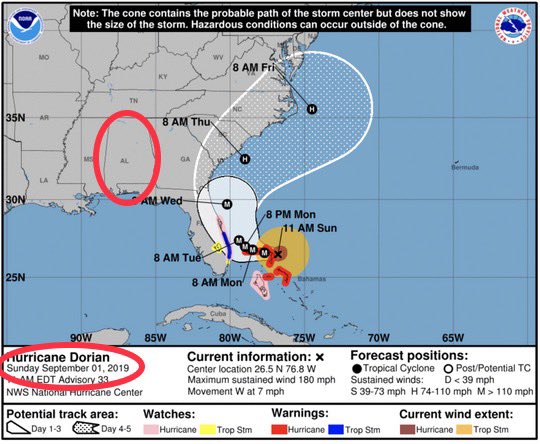 Read the top it of the NWS map it clearly says "Note: The cone contains the probable path of the storm center but does not show the size of the storm. Hazardous conditions can occur outside of the storm."  With the previous forecasts so wrong I was watching to see if the storm turned west to the AL Gulf Coast.  I do know the local news was asking everyone to be watchful of the storm in case it changed  its path.

the point is trump wants people to believe his words over anyone else's. You can do that if you want to. Just don't expect the rest of us to support that made up reality.

“The tweet from NWS Birmingham was spot on and accurate,” Spann wrote in the tweet. “If they [the NOAA] are coming after them, they might as well come after me. How in the world has it come to this?”

Spann is well-known for largely avoiding political topics including climate change but he nevertheless weighed in on the spat spurred by Trump.

Spann defended the Birmingham NWS in a followup tweet, saying he stands behind the office “100 percent.”

“@NWSBirmingham has a brilliant staff of experienced atmospheric scientists that have helped to save countless lives in my state over the years,” Spann wrote. “They were thrown under the bus today by their parent agency. I stand behind NWS Birmingham 100 percent.”

The Birmingham National Weather Service quickly responded to Trump’s claim earlier in the week, posting a tweet on Sunday debunking Trump’s claim, stating, “Alabama will NOT see any impacts from #Dorian.”

The president dismissed the tweet from the Birmingham NWS and spent the week insisting he was correct. On Wednesday, Trump held up an earlier forecast map of the hurricane’s path that appeared to show a black line written in marker extending into Alabama in an apparent attempt to justify his claim.

Two top NOAA civil servants not so quietly revolted against an unsigned agency press release issued late Friday rebuking the Birmingham weather office for saying Alabama was safe. The agency’s top scientist called Friday’s release “political” and the head of the National Weather Service said the Alabama office “did what any office would do to protect the public.”

“My understanding is that this intervention to contradict the forecaster was not based on science but on external factors including reputation and appearance, or simply put, political,” acting chief scientist and assistant administrator for ocean and atmospheric research Craig McLean wrote to staffers Sunday night.

Ross threatened to fire officials if they didn’t back an incorrect tweet sent by President Trump.

Jack HammerOld Faithful
Another example of crybabies not being able to handle the truth.
Hard to wring liberals off mommy.
9/12/195:54 PM
❤️ 0

In fact, it is Jack that can’t handle the truth.  The only place he seems to get his ‘facts’ from is wackadoodle conspiracy -theory pseudoscience websites with zero journalistic credibility.  When the errors of his ‘Glorious Leader’ are pointed out by highly respected news organizations that deal in real facts, he hides behind alt-right rhetoric and casts aspersions, like a 13 year old child, at all who don’t agree with his neo-fascist world view.  Jack is a pathetic, under-educated loser who is afraid of anyone who doesn’t have lily-white skin.

Jack HammerOld Faithful
In fact, it isn't Jack when salt depends entirely on MSM, WIKI and other
liberal outlets to back up an already factitious socialist posts and demand
they are to be believed. He won't admit the socialist from Hollywood to
Congress and all in between has been one scandalous, treasonous
crime against this Country from the start.
9/13/197:06 AM
❤️ 0 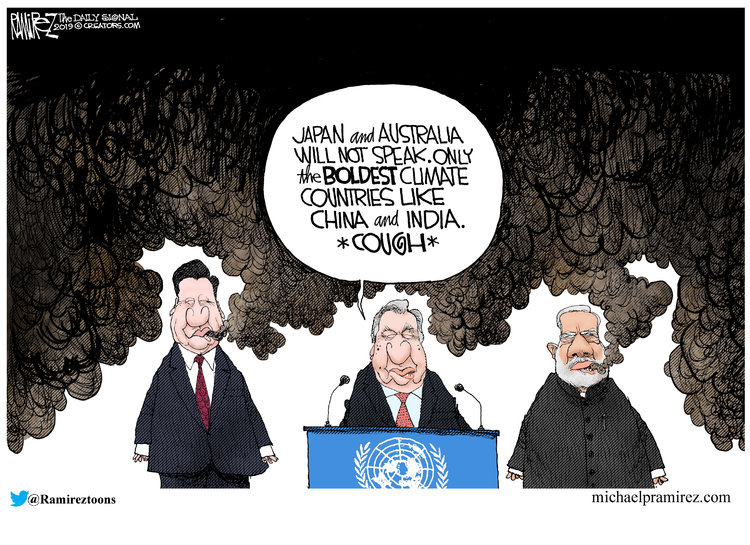