There really is no alternative for a Republican than to vote for Donald Trump. Whether you are a movement conservative, an establishment moderate, evangelical Republican, or a single-issue voter, Trump is your friend. Staying home is not an option. Writing in a candidate is throwing your vote to Biden. In the current milieu of the nation, voting for an anti-freedom, now-hard-Left Biden-Harris ticket isn’t just an immature political statement, it is a danger to America.

President Donald J. Trump is the most pro-life president in American history. He has appointed Constitution-respecting federal judges. He reinstated the Mexico City policy that prevents American taxpayers from funding abortions around the world. He issued an Executive Order that effectively prevented federal dollars from funding America’s top abortion provider: Planned Parenthood. He has also protected the right of conscience for medical care workers. He has spoken at the annual Right to Life March. He even outshines the great President Ronald Reagan on this issue.

(Biden indicated in a statement this Summer that he supports abortion at any time, which presumably means that he also supports abortion for any reason). If you are pro-life, the Democrat position makes voting for Biden anathema. And, being silent on this issue by not voting for President Trump is actually harmful to the pro-life cause.

Jobs and the Economy

There is almost no comparison. President Trump’s tax reduction project produced more working Americans than at any other time in history. Virtually every demographic reached record levels of employment. America was at full employment.

Manufacturing jobs were repatriated. Markets were zooming along until COVID. States shut down their economies. Tens of millions of jobs were lost. But we are already seeing millions of jobs restored. Americans trust that President Trump can usher a renaissance of our economy. And, the foundation that the Trump Administration created pre-COVID, together with America’s renewed energy independence, will reward that trust.

(Biden on the other hand has promised to raise all taxes, increase regulations via such massive programs like the “Green New Deal” that will kill American jobs and American energy independence. If Biden is elected a recession will begin before he is even sworn in).

President Trump supports the police, safe neighborhoods and communities. President Trump understands that the job of police officers is to protect the rights of citizens, particularly the vulnerable who cannot defend themselves. That is why so many policing organizations have endorsed his reelection.

(Biden and the Democrats support defunding the police. Biden said he supports redirecting money away from police. Democrat-led states and cities have let thousands of dangerous criminals back into our neighborhoods during the COVID outbreak as well as through dangerous sanctuary city policies).

President Trump recognizes and supports the right to own and bear arms as an individual right. End of story. He will fight to protect that right.

(Biden has said that he will come after “assault” weapons. He and his running mate will tap former Democrat presidential hopeful Francis “Beto” O’Rourke as his gun control czar. O’Rourke famously proclaimed he would be coming after the guns of Americans. And, so will Biden-Harris).

Working with Congress to make sure that the military had adequate resources the military has begun to rebuild itself into the world’s premier military.  Better training and equipment provided to our war fighters is evidence that President Trump is sincere in maintaining peace through strength.

He has also tried repeatedly to withdraw our troops from war-torn areas that have no strategic importance to America. President Trump has experienced the depth and strength of the swamp, particularly from the Warhawks who see war as the only option for America.

President Trump has been building the border wall between the U.S. and Mexico. He supports the Border Patrol and ICE. He has fought against human trafficking and drug trafficking. He entered into agreements with Mexico and the Central American states to gain their help in curbing the number of illegal aliens crossing our borders. The president has reduced the incentives for people to illegally enter the country.

Freedom and Respect for State Sovereignty

President Trump understands that America is an exceptional nation because we are free. The federal government’s job is to preserve that freedom. He respects our founding charters, The Declaration of Independence and The Constitution. He is trying to restore the separation of powers defined by those documents, including the sovereignty of the states. For instance, in the COVID epidemic the federal government has largely provided counsel and support while letting the states set their respective courses. He has been reticent to interfere with the operations of the states, even as we have seen many governors and local officials abuse their authority and attack the rights of their citizens.

(A Biden-Harris administration will try to bring all power to the national government. They have promised to control the economy, healthcare, police, transportation, energy, construction, and virtually every aspect of your life, from Washington, D.C. In order to exercise that control they will usurp the rights of Americans and will use compulsion to enforce their edicts).

There is no doubt that once was the weakest branch of government has been elevated to its most powerful. President Trump understands the importance of this and has responded by nominating Supreme Court Justices and federal judges who support the application of the Constitution to the cases argued before them.

(Biden will continue to nominate radicalized judges who believe in creating law rather than applying law).

this will be the first election i am voting for a candidate. In the past it has been against a candidate or for the lesser of evil.   if republicans can take president, house and senate it will be interesting.  In my opinion the republican party now has 3 sides, old republicans, libertarian and walk away democrats.  From there you could throw in Tea Party and moderate republicans.  We would actually have a better representation of America.   Where democrat party is largely communist, Marxist and a few moderate democrats. 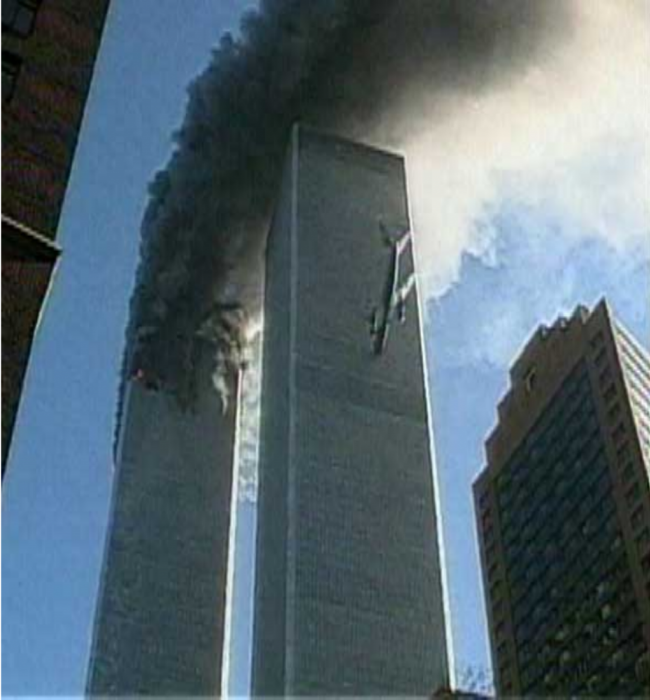 Jack HammerOld Faithful
I've never offended liberals before and I don't think one of their most
prized actions will offend, especially those of no soul.
9/4/205:00 PM
❤️ 0
Back To Top

Biden was briefed about son's involvement, according to Hunter Biden Burisma report: Hemingway
23 hours ago